It seems everyone is brewing something at home these days. Beer, wine, kombucha even hard cider is making a comeback. The first question you may ask is, “Why brew your own when your store-bought choices are endless?” Centralia native, Chris Rohr, owner of Flood Valley Homebrew was just like you, asking himself the same question.

One day his younger brother decided to brew some beer and wanted Rohr to help him. “I can buy beer, why brew it?” he thought as a skeptic, but of course helped anyway. However, going through the process, suddenly Rohr was having a blast – and it ignited a new passion in him. “I got hooked on the science of it on the first batch,” he smiles. “The creativity is the best part. It’s hard to explain. You can make a small change in the amount of grains and it changes everything about the beer.”

Talking to Rohr, and many other beer brewers, you get the feeling they actually have a hidden scientist/cook in them that brewing allows to come out. The boiling, combining of ingredients, and options with grains and flavors provides a thrill in experiment with the whole process.

Another draw of home brewing is the cost savings. Once you have bought all your equipment, which is relatively inexpensive, the cost of your own brew is much less than store bought. For instance, one bottle in the store may cost $5 yet a five-gallon batch of beer costs about $40 to brew and produces about thirty 22-ounce bottles. That’s a cost of about $1.34 each. Plus you will know exactly what is in your drink.

Rohr is self-taught. “Once you get into the hobby you start learning everything about beer,” he says. Rohr had only been brewing about two years when he and wife, Amanda, decided to buy Flood Valley Homebrew. Since then he has also entered many competitions and even brewed a couple of kegs for the 2015 Chehalis Garlic Fest, with the help of a brewery. A homebrewer cannot legally sell their product so anything that is going to be offered for sale must be produced by a brewery. Luckily the two kegs were just enough, as the Fest was closed down early because of a storm. Next year Rohr will be looking for a brewery that can prepare a lot more for the Garlic Fest.

“A huge part of brewing is documenting,” Rohr advises. He reflects on a delicious concoction, but laments that he didn’t write down the ingredients. The bucket was at his brother’s house to ferment, when his inquisitive three-year-old niece opened the spigot, spilling three gallons on the floor. A mess indeed, but the saddest part was that he couldn’t recreate the amazing tasting elixir because he didn’t remember how he made it.

“And sometimes you have happy accidents.” For instance one time in a class, the brew ended up being a higher than usual alcohol content. He named it, “Santa’s Claws.” Rohr explains, “You have about three pints of it and it’ll tear you up.” He laughs as he tells how he would drink some then have to call his wife to come get him. “You’ve been drinking Santa’s Claws again haven’t you?” she would ask. “Yes. Yes, I have,” he reminisced.

The couple are busy working on the process of obtaining their brewery license, holding quarterly home brew charity competitions, as well as offering classes for new beer brewers at the store. The first Saturday of each month, students gather to prepare a batch together and discuss the process. “Everyone can see the process and see how easy it is and not be afraid of it,” he shares. Of course, afterwards they can buy all the supplies to get started on their own.

If there really isn’t a secret scientist or cook within you, brewing may still be for you. Hard cider is easy and doesn’t require any cooking or boiling. Or even easier are the kits that Flood Valley Homebrew carries. You can buy either cider or wine kits and all you do is add water then set them aside for four weeks. Then like magic, you have gallons of your own tasty home-brewed delight.

Rohr’s best advice for someone considering getting into brewing is to just jump in. “Don’t be afraid of it,” he says. “It’s the best hobby you can find. You get to use creativity and have bragging rights. It’s great at Christmas, you can put labels on your bottles, and give them as gifts. It just feels more special. That’s something you just can’t put a price on.”

Flood Valley Homebrew is open seven days a week. Classes are offered the first Saturday of every month. 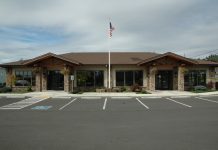