Home Day Trips from Lewis County It’s a Weekend of Music and Pride at Tacoma’s Dune Concerts on...

Nothing embodies summer more than an outdoor concert with beach blankets, picnic baskets, and dancing to live music. On July 16 and 17, Metro Parks Tacoma hosts two fantastic days of music, shows and more featuring dozens of our region’s finest performers.

The Dune Concerts consist of performers, entertainers, and more at Tacoma’s Dune Peninsula with sweeping waterfront views complete with a mountain backdrop. The 11-acre Dune Peninsula at Point Defiance Park is a newly landscaped, open-air venue which features the Cambia Legacy Lawn on the breakwater peninsula surrounding the Tacoma Yacht Club boat basin.

On Saturday, July 16, don’t miss the Island Empire Tour featuring Fiji, Sammy J, Eli Mac and Western Conference. Bring your low-back chairs and blankets for seating on the lawn at this beautiful waterfront park with expansive water and mountain views.

Tickets are required for ages three and older in advance for $35 and $45 the day of the show. The doors open at 3 p.m. for this all-ages show, so get your tickets today because they are going fast. Premium tickets are already sold out.

All weekend long, those aged 21 and over can enjoy the beer garden hosted and benefitting the Redefining You Foundation. This non-profit’s mission is to empower service women, women veterans, and military spouses while completely redefining their lifestyles and perspectives following military service.

On Sunday, July 17, celebrate Pride with a day of free family-friendly fun on the Cambia Legacy Lawn at Dun Peninsula! The doors open at noon with food trucks, a vendor village, a corn hole tournament and more live music at Point Ruston in Tacoma. Get there early as the first 500 guests receive a free Point Ruston Pride shirt.

Enjoy live music on the main stage from Vicci Martinez with performances by Jamie Von Stratton, Rachelle LaNae and more while taking in views of Puget Sound, Mount Rainier and Tacoma’s waterfront.

It’s two days of fun in the sun in Tacoma at Dune Peninsula at Point Defiance Park. Don’t miss your opportunity to enjoy live music, food, celebrations and more on July 16 and 17. 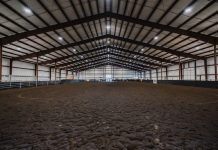 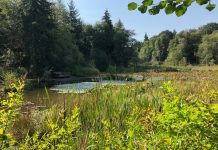 Where to Find Turtles Around Thurston County 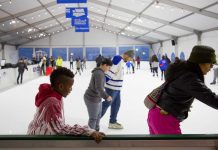