As their coach often reminds them, wrestling isn’t just about takedowns and reverses. It’s also about overcoming challenges and about determined hard work. It’s a life lesson that both Tristan Dickey and Eddie Matias have put to good use turning out for wrestling for Centralia High School.

Dickey, a senior who qualified for state last year, is using that hard-work approach in the classroom as he’s in Running Start and taking classes at Centralia College. As a team captain, Dickey doesn’t take his leadership role lightly.

With running start, Dickey said he’s getting a jump start on his college career.

“Smart kid,” Phillips said. “He’s come a long ways in wrestling. As a junior high school wrestler, he didn’t do much winning at all. Slowly he’s gotten better and better.”

Besides learning the takedown and pinning moves, Dicky had to learn the definition of commitment. “He had to focus himself and learn to work hard,” Phillips said. “He’s done that.”

In addition to turning out for the school team, Dicky also wrestled in freestyle and greco roman tournaments. The hard work has paid off as he competes at 170 pounds. “This year I think he’s a top five in the state guy,” Phillips said. “In football, he was one of our better football players this year.”

Now, as a senior in his last season, Dickey tries to be an example of a hard worker and to encourage his teammates to keep the peddle down during workouts. He’s been wrestling since he was in grade school. “It builds character,” Dickey said when asked what he likes about wrestling. “There’s just something different about it. I like it.”

Matias, a sophomore who was a state alternate last year as a freshman, has applied that hard-work-equals-success equation to life in general. He’s taken an interesting journey to get to the wrestling mat for the Tigers. Eight years ago, Matias moved from a primitive town in Guatemala where he remembers washing his clothes in the river. “It changed my life,” Matias said about coming to the United States. “Here I feel a lot safer. And I have food every day. Stuff like that. And I get to see my parents and my brother.”

At 4-foot-9, Matias isn’t a giant on the mat. But he’s a goliath when it comes to work ethic. Hard work in the weight room has turned him into a little giant. He can bench press 205 pounds, giving him a decisive strength advantage to opponents in his 113-pound weight class.

Dickey’s road to improvement has been through hard work. Helping him stay on that road has been Phillips. Dickey is quick with giving his coach high fives. “It’s some of the best coaching I’ve seen,” Dickey said. “Wrestling USA I’ve seen a lot of coaches across the state. He’s the best I’ve seen. He connects well with his wrestlers.”

Phillips is no rookie to wrestling. A 1996 graduate from Centralia High School, he wrestled in high school and in college at Central Washington. And he’s still wrestling. Last year, he placed second at a national tournament and won a state tournament, beating a 26-year-old in the finals.

“He knows the sport,” Dickey said about his coach. “He’s big about taking things from wrestling. Not just the medals. But learning how to use it later in life.”

In addition to Dickey and Matias, the Tigers’ top state returner is Mykka McAllister, a two-time state placer. He placed eighth in state as a sophomore and fourth last year. Phillips is optimistic about McAllister’s chances this year.

“He’s got a really good shot at being a state champion this year,” Phillips said, “if he focuses and continues to work hard. He’s our best wrestler by far.”

McAllister is agile on his feet and good at takedowns.

Phillips isn’t having to explain any takedown moves or reverses to McAllister. “Yeah, he understands mat position,” Phillips said.

For Phillips, wrestling is more than just teaching takedowns. “It’s a way of life,” Phillips said. “It makes people stronger individuals. Helps them with life in general. When things get tough they learn to fight through it because of their wrestling experience. It’s a challenging sport mentally and physically. It takes a lot to be a wrestler. It prepares them for life.”

Through wrestling, kids find out that hard work equals success. It’s not just about handouts. “Wrestling teaches them that,” Phillips said. “Life is competition.” 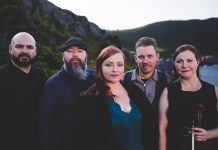 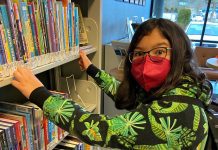