Home LocalTalk Riverside Fire Authority Fundraiser for the Leukemia and Lymphoma Society at the...

Members and supporters of our local Firefighter Stairclimb team will be soliciting donations towards fundraising goals for the 2023 Firefighter Stairclimb in Seattle which benefits the Leukemia and Lymphoma Society. The fundraiser will be held at the Centralia Outlets near Nike on Friday, November 25, from 10 a.m. to 2 p.m.

The Riverside Fire Authority will be representing Centralia as part of the 2,000 firefighters participating from departments across the United States and the world.

The 2023 Firefighter Stairclimb will be held on Sunday, March 12 at the Columbia Center in downtown Seattle.

The LLS Firefighter Stairclimb is the world’s largest on-air stair climb competition and is held at the tallest building in Seattle, the Columbia Center. At 788 feet of vertical elevation, the Columbia Center stands as the second tallest building west of the Mississippi River. It takes 69 floors of stairs and 1,356 steps to reach the top. All 2,000 firefighters will climb up the second tallest skyscraper west of the Mississippi in full turnout gear, weighing over 60 pounds, while breathing through their air packs. 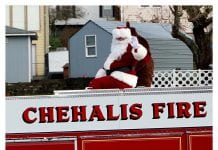 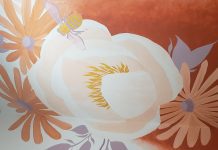 Nature Nurture Farmacy in Chehalis Celebrates GivingTuesday, Joining Millions Around the World Participating in the Global Generosity Movement on November 29, 2022 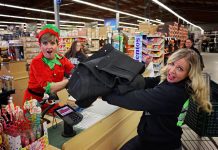 Elf on a Shelf Visits Chehalis Outfitters on Saturday November 26 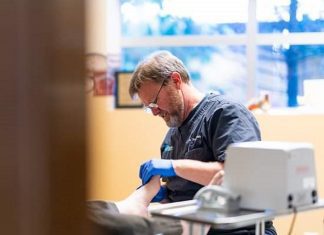