Home Food Where to Get a Beer In West Olympia

Getting a beer doesn’t limit you to grabbing a cheap six-pack at the corner store. Why not check out a bar or pub with some friends?  There are plenty of great spots to quench your thirst on Olympia’s westside, many so close to The Evergreen State College that even Speedy the geoduck could get there in short order.

These aren’t just spots to grab a lager or an IPA. Many places hold activities that will take your mind off of school stress and allow you to meet people from across the community.

Longtime residents will remember the NASCAR-themed Growler Garage bar, which closed a few years ago. New owners have given it new life as TOSS Taps, which opened in August of 2021. The acronym stands for Taste Of the South Sound, highlighting the pub’s offerings – 40 taps with beers, ciders and root beer made in the area and across Washington. TOSS Taps rotates its offerings and you can find the current list of IPAs, stouts, lagers, seltzers and others on Untappd.

TOSS Taps added to its experience in June of 2022 when it opened a game room, which includes arcade games, pinball, darts, table games and more. Trivia challenges are offered every Wednesday at 7:30 p.m. An extra bit of fun: people can bring their dogs in.

The bar hopes to offer meals down the road. In the meantime, patrons are encouraged to bring their own food.

Skep & Skein Tavern opened in 2010 and offers something unique: its own mead. Their pub name highlights this: a “skep” is a basket used to house honeybees, honey being a key ingredient in mead. The tavern’s mead has proven so popular that it created a production company, Axis Meads, and the drink can now be found across the state. Bottles are also for sale at the tavern.

The other half of the name, skein, is a length of yarn or string, a nod to one of the co-founder’s love for knitting. Her creations are displayed in a variety of places in the tavern. Skep & Skein also hosts a stitching night every Wednesday, an excellent study break whose popularity has boomed in the last few years.

Skep & Skein has 16 rotating taps with beers, ciders and of course, mead. Skep & Skein doesn’t offer food, but customers are welcome to bring their own or order from nearby restaurants.

2 Mile House Pub and Eatery has a full bar as well as plenty of great appetizers and meals, including pot stickers, waffle fries, burgers and tacos that are customer favorites. You can also order the food on Grubhub on those nights when you’re too busy to get off campus.

There are plenty of fun happenings at the 2 Mile House, including trivia nights and comedy shows as well as monthly painting parties from graphic designer Sandra Wallace, where folks have made canvas paintings of everything from pets to images from the Star Wars hit, “The Mandalorian.”  2 Mile House announces its events on the 2 Mile House Pub and Eatery Facebook page.

Headless Mumby Brewing Company prides itself in offering only lagers, something done at just a few breweries in the country. These lagers range in style, everything from German recipes to ones inspired by the Pacific Northwest. This is an ideal spot for students with kids — the taproom is open to families and some toys are provided for the little ones.

Headless Mumby has themed activities almost every day of the week, such as BIGNO or trivia nights. One you won’t find elsewhere happens on Friday afternoons, where unique items are placed in a cask, which is left alone to mix. Customers won’t know what the beer will taste like until the cask is tapped a few weeks later. 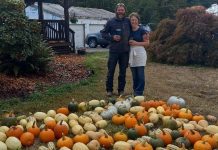 Preserving With the Parypas: Behind the Dirty Man Soap Family 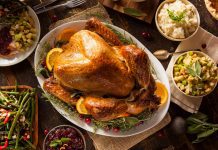 Don’t Miss Catered Thanksgiving Dinner, a Turkey Bowl and the Fall Festival Happening at Your Local Thriftway Stores and Bayview Catering This November