Centralia College has announced the 2021 Sports Hall of Fame inductees. Due to COVID-19 restrictions, the honorees will be publicly honored at a later date.

Damien was named team captain and received the Most Inspirational Award in 2011. He averaged 15.95 points on 53 percent shooting and 7.95 rebounds. He earned the 2011 NWAC Red Lion’s Scholar-Athlete of the Year Award and the 2010-11 Centralia College’s Men’s Student-Athlete of the Year Award. He graduated with highest honors with a 3.97 GPA. He graduated cum laude from Western Washington University with a bachelor’s degree in kinesiology and went on to earn a master’s degree in exercise science. His team at WWU was the 2012 Division II National Champion and made it to the Division II Final 4 in 2013. He’s won numerous other athletic and academic awards and is a former Eagle Scout. He is now the head strength and conditioning coach at WWU.

In golf, Jennifer was named captain in spring 2007 and assistant coach that fall. She was captain of the basketball team in winter 2006-07, and was named the 2007 Women’s Athlete of the Year. Her team earned first place in the NWAC Western Region in 2006, and fifth place in the state tournament and fourth place in the Western Region tournament in 2007. While at CC, Jennifer was involved in student government and clubs. After CC, she served in AmeriCorps from 2011-14. She earned her bachelor’s degree from East Carolina University and her master’s degree from Texas Tech University.

Wilson was the 2015 Sportsman of the Year and team captain in 2016. He was named Mr. Hustle and received the Most Inspirational Award from his teammates in 2014, and was the Outstanding Student of the Year in 2016. Wilson served as the student body president and, under his leadership, he repurposed the student fee to fund the new athletic field. In addition, he organized an Oxfam Hunger Banquet for hunger and inequality awareness, formed a Student Advisory Council, and developed Blazer Kids Club, helping kids get involved with Centralia College and athletic events. He is currently a student at Simpson University, where he was named team captain in 2017-18, led his team in doubles, on-base percentage, and RBIs, and serves as the NAIA Compliance Administrator. 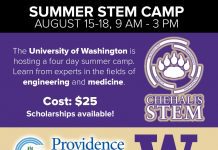 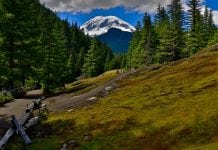