The tap, tap, tap of a long white cane resonates down the streets of Chehalis as Tim Franklin makes his way to his destination. Blind for 30 years, he moves with the confidence of a sighted person. Yet this is not the only skill he has mastered or obstacle he has overcome in his fifty years of life. 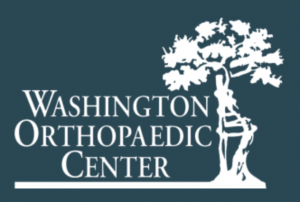 Franklin was born in Bellevue and moved to a small farm in Oakville when he was nine. “I never could see at night and no one knew why,” he said. They just thought he was sleepwalking when he got up in the middle of the night and walked into the wall.

At the age of 12, he learned that he had retinitis pigmentosa, a group of eye diseases passed from parent to child that can lead to blindness. “It was kind of nice to know,” Franklin said.

Special Services came to his school when he was 17 and tried to teach him how to use a cane, but he was embarrassed and hid the cane in the gym. “I was in denial,” Franklin said even though he was falling down stairs, flipping into fountains and banging into fire hydrants.

He was only 11 or 12 when he started drinking. “I guess that was my way of coping,” Franklin said. He went into a detox when he was 19 and still attends group meetings based on AA’s twelve steps. “It saved my life,” he said.

Finally dry after 13 years, Franklin went back to drinking when his mother died. “That didn’t go well,” Franklin said. Now he has two and a half years of sobriety. “It’s been a battle to keep drinking out of my life,” he said.

At the age of 30, Franklin and his first wife, who was also blind, went to Denver to check out the Colorado Center for the Blind where even the teachers were blind. They went through a nine-month program and learned how to use a table saw and a chop saw. “They made you wear a blindfold if you could see anything at all,” Franklin said.

Afterward, he got jobs in Denver making cabinets. One job lasted a year and a half. Franklin made a 20-minute video showing how he measured and cut wood. On the tape, he introduced his boss who talked about his skills. Franklin even offered to work free for three months without insurance as an added incentive. “No one would have me,” Franklin said. “They were afraid I would get hurt.”

So, he went out on his own. A woman saw a cabinet he had made from pallets and painted himself. She bought it for $80. Eventually, she bought all his cabinets. “I found I could build whatever and people would buy it,” Franklin said.

Over the years, Franklin has worked out techniques for hammering and cutting. At first, it was Bam! Ow! Bam! Ow! until Franklin figured out how to hammer nails. “I don’t know anything about woodworking,” he said. “I just fake it and make it.”

To measure, Franklin uses a Braille tape measure called a click rule that clicks every 1/16 of an inch and can be locked in place. He had a talking tape measure that cost $120, but he dropped it and broke it and hasn’t been able to replace it. Franklin doesn’t measure when he is making something for himself. He simply marks it with his pocketknife.

He must be careful when he is working with power equipment, however. He gets hurt when he does something thoughtlessly. Once while using a new power saw he turned it off and couldn’t hear if it was on or off. Franklin put his thumb out to check and the blade was still turning. No wonder he prays for God’s protection before he goes to work.

One of Franklin’s popular craft projects is a gratitude box. It looks like a birdhouse, but you put slips of paper with a prayer or request inside the hole and come back in a year or so to see if it has been granted.

Gratitude boxes can be found in the Squirrel Hut Boutique on the west side of the Yard Bird building. Enter through the large door near the old theatre and turn right.

Another talent Franklin developed over the years is playing the guitar. When he was 15, his parents bought him a guitar and a neighbor taught him how to play. He’s played music at Jeremy’s Farm to Table, Mackinaw’s Restaurant, Sweet Inspirations and local nursing homes. “I liked that much better than woodworking,” Franklin said.

His advice to other people without sight? “Pretty much, you can do whatever you set your mind to,” he says. “I was mad when I went blind, but I prayed and now I’m okay with it. I don’t mind being blind.”