In the restaurant industry, having your food and beverage account systems up and running is critical. One local business found itself in trouble when the owners came in to open up shop, only to discover that their whole account system was down. Their first call was to Paul Lawrence, foodservice manager at L&E Bottling.

“I told the owner, ‘We’ll get someone down there right away,’” says Lawrence. What neither of them realized was that one of L&E’s service techs was just two blocks away at the time. “By the time he got off the phone with me, the service tech was walking through the door,” Lawrence laughs. “He said, ‘How did you do that?’”

Clients have come to expect that level of service from Lawrence, who will be inducted into the PepsiCo Ring of Honor in New York this June. Since 1999 the Chairman’s Ring of Honor Award has recognized PepsiCo’s top frontline sales performers from around the world. In 2019, 200 winners from 50 countries will enjoy a welcome dinner, a business session at the company’s world headquarters, sightseeing in New York City, Broadway shows and the Ring of Honor Gala.

“This is a huge honor for us because we’re so small,” says L&E General Manager Grant Charneski. “He’ll be permanently enshrined on a leader board. This puts us up there with some really first-class operations nationally and internationally.” Lawrence is the second L&E employee to receive the honor after Jim Fagerness was inducted a decade ago.

Lawrence manages all channels of foodservice for L&E in the Olympia area, including two large casino accounts. Part of the recognition stems from his efforts to regain business after the company lost one major casino account just as he was stepping into his current role. “Just when my previous boss, who had worked here for 37 years, retired, we were in the midst of a casino renewal and we lost the bid to Coca-Cola,” Lawrence recalls. “When you factor in the golf course, spa, hotel, events center, gaming floor and all of the restaurants, it was like losing 20 of your biggest accounts.”

He spent the next several years relentlessly pursuing new business, making himself available to clients regardless of the time of day or week. “It was about building trust over time with people and getting to know them,” says Lawrence. “People who run restaurants are really married to their business. They work so many hours, so being available on the phone or in person nights and weekends really makes a difference.”

Steve Michels is the franchise area manager of foodservice for PepsiCo and covers Washington, Oregon and Idaho. He nominated Lawrence for the award based on observing his performance over a period of years. “Paul clearly stood out to me,” says Michels. “He was so effective in what he was doing. There’s a level of persistence and hard work and he has a consistent, relentless approach to getting things done.”

In the aftermath of losing that one account, getting things done meant replacing all of the 16,000 gallons of lost business with new clients. Lawrence brought in 16 new accounts in the following year while re-signing 23 existing ones. “In sum, after suffering a major customer loss and facing aggressive competition in the market, Paul single-handedly brought the business back to positive growth in 2018,” says Michels.

Relationship building is clearly key to Lawrence, who visits all of his accounts on a regular schedule and goes the extra mile when they need something, whether that’s new equipment or a new type of service. Being small and locally based works to L&E’s advantage, he believes. “We’re a family-owned company, not a corporation,” he says. “We’re able to respond nimbly if people run out of something on a Saturday night. We can go back to the plant and get them what they need to be up and running again. It means the world to them.”

Michels believes the award will have a positive impact on the whole company, particularly the foodservice division. “It’s very important for L&E and for the entire region,” he says. “A lot of attention is always given to the grocery and retail side, so it’s really exciting to see somebody on the foodservice side deliver those kinds of results and earn that kind of recognition.”

For Lawrence, the experience has been an opportunity to reflect on 25 years with the company and all of the people who taught and inspired him along the way. “We’re a family and it just means so much,” he says. “I had cancer in 2013 and had to be gone for a lot of the time during several years. They supported me through the whole thing. We’re all in this together.”

In New York, he’s looking forward to taking a few days extra to explore Manhattan and celebrate his wife’s 50th birthday. Then he’ll be right back at it, serving new and existing accounts along with his colleagues, or as he calls them, Team L&E. 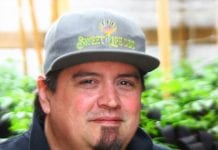 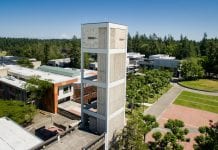