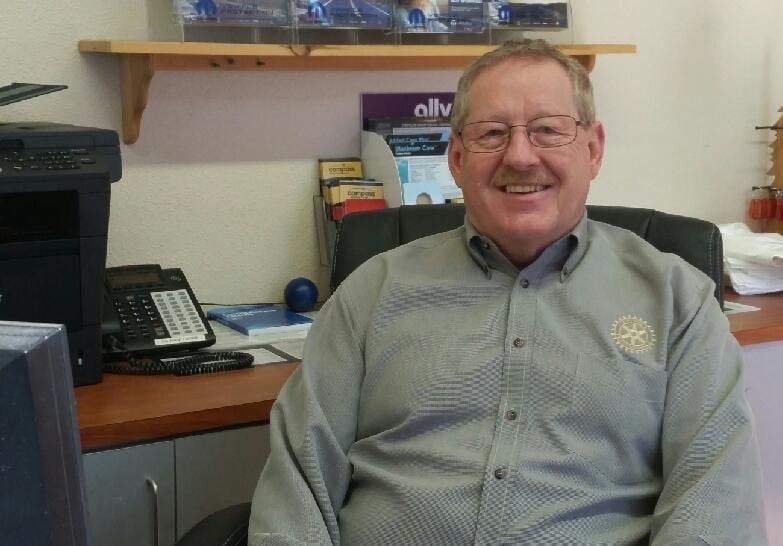 When you’ve owned and operated your own business for 25 years, it’s hard to say goodbye. That’s why Dave Shumaker, owner of Campbell Chrysler Jeep Dodge RAM in Centralia, turned to Heidi Pehl, owner of I-5 Cars, when it came time for him to start thinking about retirement and the future of the business he worked so hard to build.

Shumaker, who had worked for Chrysler Financial and other car dealerships over the years understood the industry well. When the opportunity presented itself for him to buy his own dealership, he jumped at the opportunity. “I worked at Campbell’s for two years before buying the dealership in 1990,” he said.

Over the past quarter-century, Shumaker has worked tirelessly to grow his business and build a loyal customer base. The past 25 years are living proof of the blood, sweat and tears he’s invested.

Several years ago, however, Shumaker began thinking about retirement. He was ready to make the change, but he didn’t want to sell his dealership to just anyone.

Over the years, Shumaker watched Pehl as she successfully grew her business during a time when other dealerships were struggling. I-5 Cars powered through the recession, bouncing back quickly enough to open three new dealerships just a few years ago, including a state-of-the-art Volkswagen dealership in Olympia.

Shumaker was set on selling to Pehl, which is why, despite approaching her two years ago, he was willing to wait to make the sale until the timing worked for her. At the start of this year, after the grand unveiling of the new Volkswagen of Olympia facility, she was ready.

As Shumaker prepares for his first day of retirement, Heidi Pehl and her team at I-5 Cars are busy getting things ready for the newest addition to the I-5 Cars family, I-5 Chrysler Dodge Jeep RAM.

In addition to the new name, the dealership will also be moving from its downtown Centralia location to its new home next to South Sound Trucks in Chehalis.

Shumaker says the move will be a huge perk for his customers, as they will no longer have to fight downtown Centralia parking or struggle to find parking.

“The ease of parking and accessing the service bay area is going to be improved,” he said. “We’ve really struggled with parking over the years.”

In addition to expanded parking and its convenient location just off of I-5, I-5 Chrysler Jeep Dodge RAM will also offer additional service bays, which will cut down on service wait times for customers.

In addition to these changes, existing customers can also expect to see some new faces, but there will be lots of familiar faces too. “It’s always helpful for customers to see the same, happy faces doing their jobs as they always have,” Shumaker said. “That’s a big part of the transition, and Heidi understands that as well.”

As Shumaker gears up to enjoy a retirement filled with golf, bicycling and cruising around on his motorcycle, he extends a big thank you to his customers who have brought him to this point.

“We would like to thank my customers for their past support and we would hope that they come forward with us and join the new adventure for Chrysler, Jeep, Dodge and RAM at the new location,” says Shumaker.

For more information about I-5 Cars and its newest dealership, I-5 Chrysler Jeep Dodge RAM, visit I-5 cars online.