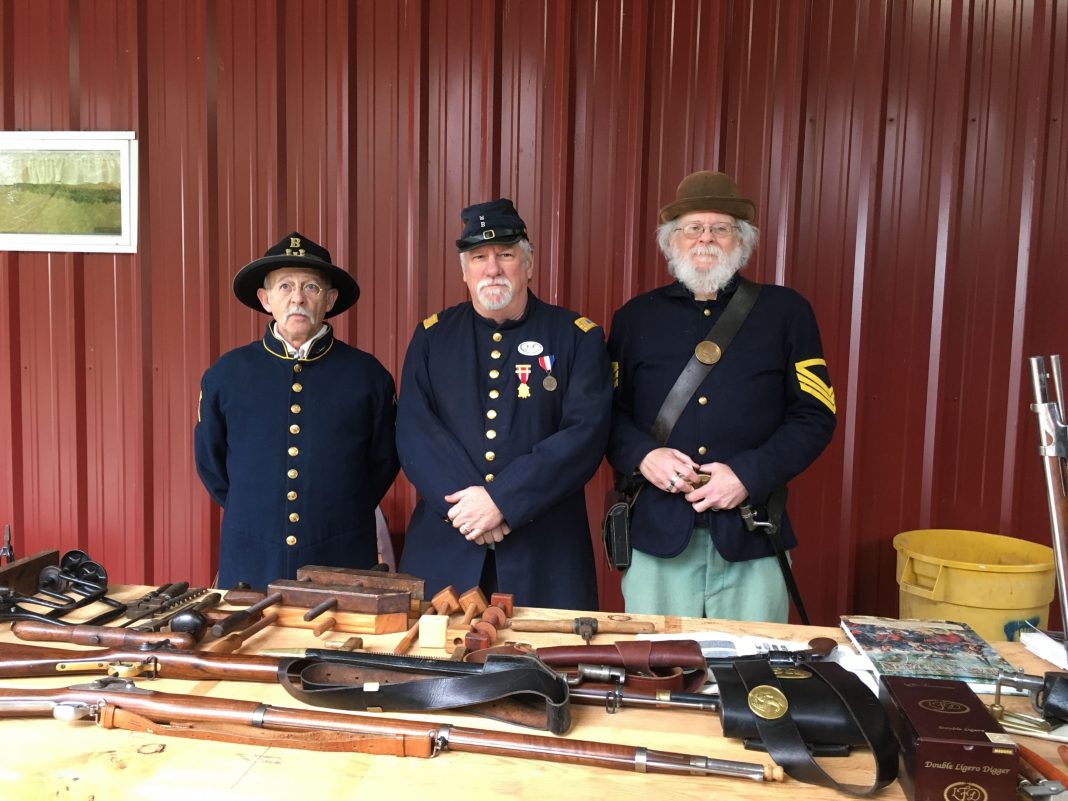 Last Wednesday, students from Centralia Christian School and visitors were treated to a hands-on history lesson from the 1860s. Dressed in period costume, Civil War reenactors from the US Engineers Co B of the 116th Pennsylvania Volunteer Infantry Co B shared their passion for STEM (Science, Technology, Engineering, and Math) during the war.

Students learned about the importance of engineers in the war, specifically how they were able to move hundreds of troops and heavy artillery across rivers. The living history team brought a full-size replica of a folding Cumberland pontoon bridge and trestle which students helped reassemble for display. “This particular design could support up to five tons,” said 1st Sergeant Mark Stevens.

Stevens, along with Artificer Tim O’Neal and Quartermaster Robert Kennedy belong to a select group of reenactors whose passion is to bring the engineering perspective of the war to life. According to O’Neal and Stevens, their team of fellow “Civil War nerds” are the only group of engineer reenactors west of the Mississippi. Many of them are descendants of Union soldiers and members of The Sons of Union Veterans of the Civil War Col. Edward D. Baker Camp No. 6.

Their pride and joy is their full-size Cumberland pontoon bridge replica—built from plans they uncovered in the University of New York-Buffalo library. Through extensive research, the men recreated the pontoon to be as historically accurate as possible. According to O’Neal, it is the only full-size replica in existence today. O’Neal also points out that this type of bridge was used by Sherman on his March to the Sea. Stevens told students that skilled Union engineers and their crew could assemble a floating bridge in two hours by linking several pontoons together. The Cumberland pontoon design is a folding bridge, making it easier to transport by wagon.

The men also brought an impressive display of period engineering tools, models and other Civil War-related items including replica muskets. After showing students the difference between an Enfield and Springfield rifle, Kennedy explained how soldiers used the bayonet and the results of being shot. Warming to his subject, he captivated students with gory descriptions of medical practices during the war—like using leeches and how amputations were performed. Later, O’Neal demonstrated the loading and firing of a musket.

“Their knowledge, displays and presentations were impressive,” said Robin Montgomery, middle school history and English teacher. “We just finished reading a historical fiction novel set during the Civil War and will soon start an in-depth history unit on the time period. This is a perfect complement to our study.” The visit also coincided with a unit on bridges that these students are doing in science.

Montgomery invited the team of engineers to come after meeting them at the Civil War Encampment in Astoria last summer. In addition to interacting with her middle schoolers, the team presented to students in other grades as well as to homeschool families and members of the community who came after school. The group offered to bring even more equipment, tents, and additional reenactors next time and hopes to interact with other local schools as well. “We are definitely looking forward to having them back in the future,” said Montgomery. 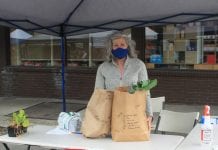 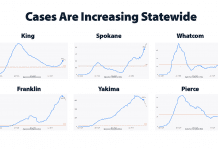 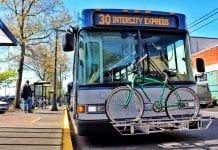 What’s With All the Buses?