The Adna High School boys basketball team is heading back to the state tournament. Cody Young scored 20 points, Austen Apperson added 14 and Conner Weed chipped in 11 as the Pirates knocked off Toutle Lake, 66-55, at W.F. West High School to capture the 2B Southwest District 4 championship on February 17.

Before heading to state, however, Adna will hit the regional round where they will face a familiar foe in 2B Central League rival Morton-White Pass.

Regionals will take place at 8 p.m. on February 23 at W.F. West High School.

Adna comes in as the No. 4 seed, while the Timberwolves are ranked fifth, meaning both squads will advance to the state tournament, which will begin on February 28 at the Spokane Arena.

Who receives a first-round bye and who has to play in an opening round loser-out game will be determined at regionals.

The two teams split their regular season meetings this year with Adna taking the first matchup, 68-62, on December 14 at home before dropping the rematch on the road, 55-54, on January 31. That lone setback marks the only loss the Pirates have experienced over their last 20 games and Adna was able to avenge that defeat by knocking off the Timberwolves, 47-45, in the quarterfinals of the 2B District 4 tournament on February 13.

Young, the Pirates’ leading scorer at 17.8 points per game, scored 19 points in the most recent meeting between the two programs.

Junior Lyle Metzenberg, who joined teammate Young as a first-team all-league selection, ranks second on the Adna squad in scoring, averaging 11.3 points a contest, while hauling down a team-high 8 rebounds a game.

The Pirates will attempt to shake off a three-game losing skid at regionals when they meet the Timberwolves. Adna lost to Life Christian Academy, 65-36, at regionals last year and in 2016 to Brewster (80-54).

You have to go back to 2012 to find the last regional victory for the Pirates. That season Adna knocked off Chief Leschi (71-45) in the regional round before moving on to state where it placed fifth.

After losing to the Pirates in the district semifinals, Morton-White Pass (20-5) defeated 2B Central League champion Toledo, 47-37, and Life Christian Academy, 51-44, to wrap up third at the district tournament.

Central League most valuable player Matt Poquette came up big in each of the Timberwolves’ final two district games, scoring a game-high 27 points in the win over the Indians and 21 points against the Eagles.

Morton-White Pass return to state after missing the tournament last year. Prior to last season, the Timberwolves went to state four consecutive years, a run which featured back-to-back state titles in 2014 and 2015 and a sixth-place finish in 2016.

The winner of the Adna/Morton-White Pass regional game will advance to the state quarterfinals on March 1. The loser will play a loser-out game on February 28 against the winner of the regional matchup between No. 12 Oroville and No. 13 Friday Harbor.

Toledo (21-4) wrapped up the district’s fifth and final slot by defeating Napavine, 66-43, on February 17. Reece Wallace scored 20 points for Toledo, which also received 17 points from Andreas Malunat in the win over the Tigers, who saw their season end with an 18-7 record with the loss.

Toledo will enter regional play as the classification’s No. 3 seed and will play No. 6 Liberty at W.F. West High School on February 24. Tipoff is scheduled for 2:00 p.m.

Kittitas (22-1) enters regionals as the state’s top-ranked Class B team, while undefeated Saint George’s (23-0) is second.

A win by Toledo wraps up a first-round bye. A loss would force the Indians into a first-round loser-out game against the winner of No. 11 Colfax and No. 14 Crosspoint.

Mossyrock (18-7) is the 13th seed and will play No. 12 Brewster in a loser-out game on February 24 at Wenatchee High School. 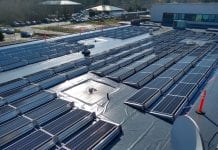 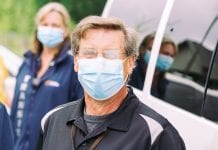