Home Featured Business A Credit Story — When Life Goes From Good to Bad and...
Facebook3Tweet0Pin0

Most people do not spend a lot of time thinking about their credit. Ron Moore was like most people. If he wanted a credit card, he applied for one and the company would approve him. If he wanted to get a car loan, he simply got approved at his credit union. When he wanted to buy a house, Ron applied for a mortgage and was approved so that he could go house shopping.

A Rochester native, Centralia College grad, football and baseball coach, and father of three, Ron Moore (Ronnie to his family) knows our area, local working conditions, and how to overcome a shaky financial history – from personal experience.

Ron was employed with a large rent-to-own furniture chain for about ten years and had worked his way up to regional manager, in charge of several stores. Ron and his wife, Julie, had recently been blessed with their first child. They owned their first home. They both drove nice vehicles. Life was good.

One day at work, Ron was told that his position had been eliminated due to downsizing. He was offered a lower level position to stay with the same company, but taking the job would result in a huge pay cut. Ron’s current monthly bills were easily paid by his regional manager salary, but there was no way he could make it with the job they offered. Ron decided to take a gamble, hoping he could find a something better. He declined the demotion and was fired without pension.

Ron was not out of work for long, but he made a career change. He was hired at Washington Auto Credit to be trained as an Approval Specialist. Between the short time Ron was out of work, and the lost income while he was training in a new career, Ron and his family were having trouble making ends meet. He still had the bills from when his income was a lot higher.

Ron started falling behind on his credit cards, mortgage and car payments.

Through Ron’s training at Washington Auto Credit, he learned that he would be a candidate for a Chapter 7 bankruptcy.

In a Chapter 7 bankruptcy, if someone’s income is below an allowable amount compared to their debt, they are allowed to walk away from some or all of that debt by discharging it in bankruptcy. Washington Auto Credit specializes in helping people with a bankruptcy rebuild their credit through an auto loan.

Ron met with a local bankruptcy attorney and started the process to file bankruptcy. The attorney gave him a small list of required documents and a couple of forms to fill out. Once Ron turned in those documents and paid his attorney fees, the bankruptcy was filed.

As part of the bankruptcy, Ron had to give back both the Dodge truck that he drove every day, and the car that his wife drove as their family car. Ron needed new transportation and had recently learned that most people with bankruptcies qualify for bankruptcy auto loans at Washington Auto Credit, often without any down payment. Ron was able to qualify for two vehicles: one for his wife, and one for him. Neither loan required a down payment.

The process of rebuilding credit had started. About three months after Ron and his wife filed for bankruptcy, the debts were discharged. Several months later, the Moore family was able to refinance and lower both their payment and interest rate.

About two years after bankruptcy, Ron and Julie got approved for a home mortgage. They are currently shopping for a house.

Ron’s story is a success story that Credit Director Ryan Garrison hears often at Washington Auto Credit. “Ron knows firsthand what it is like to hit bottom from losing a job, home, car, and he knows what it is like to file bankruptcy. More importantly, he knows what it is like to rebuild. He knows the steps to take to reestablish credit. We encourage all of our customers to follow the same steps Ron did when rebuilding credit.” Garrison says, “I love that Ron is so tied into the Rochester and surrounding communities. He gets a lot of joy from helping people that he is connected to.”

Moore admits that “my roots in the area are strong,” as his mother’s family helped settle and develop the Rochester area. “I always had the urge to help my own people,” Moore says. “This is who I am, where I come from. I believe in helping people live a better quality of life, even if they don’t have credit available to them.”

During his time at Washington Auto Credit, Ron works tirelessly helping others build, or rebuild, their credit. “I don’t care if 50 places have told you ‘no,’ we can finance anybody who can prove an $800 in monthly income,” stresses Moore. He also encourages borrowers to return after 12 to 18 months of continuous loan payments as the resulting improved credit score can sometimes be parlayed into lower interest rates or monthly payments.

Garrison says, “Ron is one of the hardest working employees I have ever had. If you trust Ron to help you get approved for an auto loan, you will get a straightforward approach that his customers love.” His knowledge of the region, hard-working attitude, and personal understanding of financial hurdles are hugely appreciated by customers. When he says “I want to be your car guy,” families listen; often purchasing several vehicles over the years.

Washington Auto Credit has locations  inside South Sound Trucks in the Olympia Auto Mall and inside I-5 Toyota in Chehalis, where Ron Moore works. Ron is happy to answer questions or address your borrowing needs no matter what the financial situation. Give him a call at 888-300-3502 or email ron@waautocredit.com with any questions or to start improving your credit through car ownership.

Ron says, “I want to build a long-term relationship with you, your family, and your future, one car at a time.” 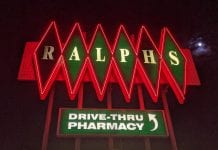 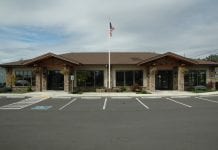 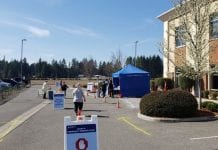 From the Spanish Flu to COVID-19: Providence Has Cared for its Communities for More Than 130 Years