The communities of Lewis County are all unique and rich in history. For a region without a major city, our area has played a huge role in shaping the state and even impacting the nation. This is particularly true for the small town of Winlock, located just off of Interstate 5, which is a shining example of great history and hometown pride. While some may know the history, few know just how big of a deal Winlock once was.

Winlock, Washington isn’t a well-known town for most residents of the Pacific Northwest however, with its rich history, it should be. At one time, this tiny agriculture based whistle-stop was a world leader, helping to feed a growing nation. The small town, with prime agriculture lands, was once a leader in egg production. It rose as high as second in egg production for the entire country before slowing down again. Once a Northern Pacific Railroad construction camp, the town of Winlock became famous for its pride in poultry, a tradition it carries today.

In the 1900s, chicken ranches popped up in nearly every corner of the area, bringing an economic boom to the small town of only one thousand people. Sadly, the egg based economy cracked in the late 1940s, when larger farms overtook the industry, forcing the closure and sale of the family run egg farms. During its heyday, Winlock was shipping its poultry products throughout the world and creating a name for itself.

In 1923, to celebrate the completion of the Pacific Highway Bridge over the Columbia River, communities all over Western Washington planned a huge caravan, designed to showcase each town’s industries with decorated cars and floats. The route would drive from Olympia to Salem and Winlock wanted to make sure they were noticed. John G. Lawrence, manager of Winlock’s co-op, suggested that the town should be represented in this historic caravan by mounting a huge egg on the back of a truck. The giant egg was built with a wood frame, wrapped with canvas and painted white.

While today’s generations may be jaded with the idea of a big egg on the back of a truck, the population of the Pacific Northwest in the 1920s loved it. The egg attracted so much attention during the trip between the Capital cities that when the group returned to Winlock, they decided to leave it out for everyone to see. It was placed on a platform near the depot, where it still remains today. The egg is confirmed by Ripley’s Believe It or Not! to be the world’s largest egg and is a tourist stop for many who pass by.

The World’s Largest Egg has seen a few different forms over the years, mainly due to the wear and tear caused by being outside in the elements. The original egg lasted about 20 years before it was replaced with a plastic version from Johnny Simpson’s Plastic Company of Winlock. That egg also lasted about two decades before it fell and cracked. None of the townspeople could put it together again, so the third egg was made, but was not well liked. Residents thought it looked more like a football than an egg. That changed in 1991, when a new egg was introduced on Egg Day during the parade which culminated at Sen Zander Memorial Park. While the egg has almost always been white in color, it was painted after September 11th in red, white and blue, and later emblazoned with a Seahawks logo after their Super Bowl victory.

Even though the egg industry slowed severely after the 1940s, the town has never lost their history. Each summer Winlock puts on Egg Days, the city’s two-day summer festival that pays tribute to their poultry history. It is celebrated with a parade and car show, and also partakes in the annual tradition of feeding a free egg salad sandwich lunch to visitors. At the center of this celebration, which usually takes place in June, is the World’s Largest Egg.

For more information on Winlock’s History, including the egg boom it experienced, head down to the Winlock Historical Museum and explore the grounds. Winlock’s history contains more than just eggs. Through old pictures and knowledgeable staff, you’ll find yourself cracking into the rich heritage of this amazing community. 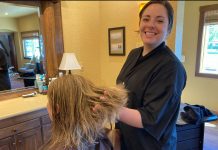 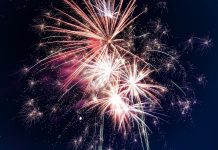