We do not secure the ballot drop boxes using red zip ties. There is an internal, double deadbolt that is used to secure each box. The numbered zip tie is for election staff to track each time the box is accessed by our staff and is part of our chain of custody security process. The door on the drop box is also designed to swing open if it is not locked.

Is it true my ballot won’t be counted if I don’t put it in the security envelope?

Unlike in some other states, your ballot will still be counted even if you don’t use the security envelope. You must still sign and use the outer oath envelope.

Do I need to put a stamp on my envelope for it to be returned to you timely?

It is not necessary to place a stamp on your ballot envelope. Pre-paid postage is included. The envelope must be postmarked by Election Day and received in our office prior to certification of the election. If you are concerned about mailing your ballot, please use one of our 14 ballot drop boxes.

I’d like to change my party affiliation on my voter registration.

We don’t register by party in the State of Washington. You are welcome to vote for the candidate of your choice.

I saw a video on Facebook that shows party affiliation as part of the precinct information on the General Election envelope.

This video was from a different state. We do not register by party in the State of Washington. The only election that requires you to declare party affiliation is the Presidential Preference Primary. The purpose of that election is to nominate candidates for the two major parties. To participate the parties require that you check a box and take their oath.

Why is Donald Trump listed after Joe Biden? Why isn’t the president first on the list?

The major political party that received the most votes in Washington State in the last presidential election is listed first. The Democrats received the most votes in 2016 so Joe Biden is listed first. Independent candidates and minor party candidates are listed after the two major parties in the order of their qualification with the Secretary of State.

Why do I have to sign the ballot envelope?

I heard that I can go to the Auditor’s Office to vote?

Lewis County has been all vote-by-mail since 2005. The Auditor’s Office is a vote center. We register voters and issue paper ballots. You can return your ballot to the drop box in the historic courthouse, but we do not have voting machines that can be used to cast your vote. We do have an ADA compliant accessible unit to assist voters with disabilities to mark their ballots. Ballots marked on this device are printed out and deposited in the ballot drop box. 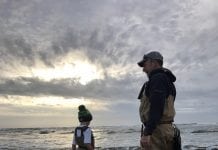 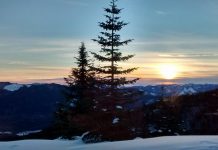 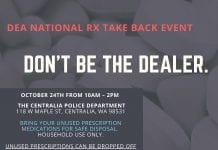