All the pieces seemed to be in place for Adna High School to successfully defend its Class 2B state fastpitch championship this year.

The Pirates had graduated three strong starters but returned everyone else – most notably four all-state first team players – from a 2019 squad which went 25-2. The highlight of the season, of course, was Adna’s 9-7 triumph over rival Pe Ell-Willapa Valley in the state title game. The win gave the program its first state championship since 2015 and 10th overall.

With so much firepower back, the 2020 team had a chance to be the best crew the Pirates ever fielded.

“I was most looking forward to taking another shot at the state championship,” said senior Skye Snow. “I was in the best shape of my life and I was going to have one of my best years, as (was) everyone else. We were all so excited to get back on the field together and work harder than ever.”

Snow was coming off a junior campaign where she was named to the WSSCA 2B All-State Softball team as a utility player. She did a little bit of everything for the Pirates, playing first base and pitching. At the plate, she hit .536 during the year. As a pitcher, she sported a 1.75 ERA in 30 innings of work against 2B Central League competition.

However, she would hardly be the only weapon in coach Bruce Pocklington’s arsenal as the loaded Pirates also returned junior pitcher Haley Rainey, the 2B state player of the year, and fellow all-state selections in senior infielder Payton Aselton and catcher Emma Eko.

Sadly, the season was not to be.

Snow clearly recalls being in math class when it was announced school, along with all spring sports, would be postponed for a certain amount of time. It was not long after when both were canceled indefinitely due to the COVID-19 pandemic.

“I broke down and started to cry because this sport means everything to me and it was taken away, especially being my senior year,” Snow said. “It was just heartbreaking. Being defending state champions, it was our year to prove ourselves once again and take back the title. Not being able to get that chance (to defend the state title) is definitely disappointing.”

Snow does take solace in knowing the hardware they achieved last year will never leave the Adna trophy case. She and her fellow teammates’ legacy among Pirates athletics are safely secured.

While the sting of losing her senior season remains, it is starting to waver some as Snow gets ready for the next chapter in her life, playing at Saint Martin’s University.

“I’m so excited to get back on the field and play,” Snow said. “It feels like years since I’ve played a game.”

“Coach Peterson invited me to do a campus tour and a two-hour workout with the team that Wednesday. I was so excited and not even nervous at all, which for me was really encouraging because I’d gone to other camps at different colleges before and I would be terrified,” Snow said. “So, for me, that had to mean something.”

Peterson followed up with a phone call that Saturday, asking Snow her thoughts on the campus, the team, and the coaches before offering her a scholarship.

“Of course, I said yes,” Snow stated. “That day I will remember forever. Coming from a small town and school, the size of Saint Martin’s is actually perfect and being so close to home is nice too because I love my family and friends. Being close to them is really wonderful. The softball team is absolutely great, the girls are amazing, and I can’t wait to take the field with them this fall.”

Snow joins a Saints’ program which posted its eighth consecutive season of 20 or more wins in 2018 and went 9-7 last year before seeing its season canceled in mid-March.

“Saint Martin’s is getting a player who knows the game (and) understands the importance of preparation,” said Pocklington, who was named the Class 2B coach of the year in 2019. “(They are getting) a player that works hard at her trade, a very fierce competitor and a player that hates to lose.”

According to Snow, Saint Martin’s will continue to utilize her both as a pitcher and at first base.

“What excites me most about playing at Saint Martin’s is playing with the girls and being able to represent and compete for my college team,” Snow said. “Also, I’m excited to be coached by the best coaches around. I am blessed to be able to be coached by them and it’ll be so much fun. I know they will push us to the best of our ability and that is all I have ever wanted.” 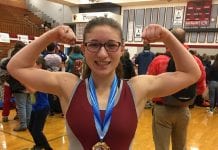 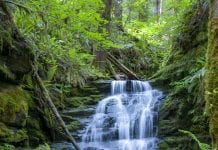 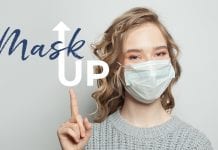 Help Lewis County Reopen Quickly and Safely by Masking Up