At the college, Lowery is known as a staunch advocate for students and veterans, and for his leadership in making bachelor’s degrees more accessible to working adults in Lewis County.

“Jim was one of the trustees that approved the establishment of Bachelor of Applied Science programs at Centralia College,” said Dr. Bob Mohrbacher, CC president. “At the time, that was a big leap. Centralia was among the first colleges to make four-year degrees available. There are now four such degrees offered at Centralia College with the prospect of adding more.”

“In addition, Jim was instrumental in securing a place on campus where veterans could go for assistance,” added Mohrbacher. “The Veteran’s Center is now a fixture on campus. It’s where former service members and their families can socialize, study, and obtain any help they may need.”

Always humble, Lowery expressed appreciation of the honor at the May 14 board meeting.

“I appreciate the support of my fellow trustees more than anything,” he said. “It’s certainly a high honor. I don’t know that I deserve it, but I really appreciate it.”

Lowery’s final term on the Board of Trustees expires at the end of September. 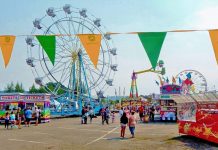 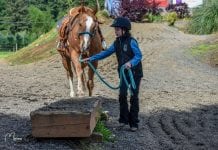 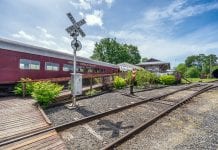