China Creek runs through the heart of downtown Centralia. Restoration of its habitat for salmon and humans is a cause for celebration and optimism.

The town of Centralia sprang up in boggy land near where the Skookumchuck River joined the Chehalis River. This is land where the lower Chehalis Indians hunted, fished and gathered plants since time immemorial. This wetland area persistently flooded, so permanent villages were built nearby in present-day Oakville and Tenino, among other locations.

Until the 1950s, China Creek was known to have significant runs of Coho salmon, sea-run trout (cutthroat) and even lamprey eels in late summer and fall. Coho salmon, and other fish species have been important to life in the Pacific Northwest for thousands of years.

China Creek flows for five miles beginning in a forested area near Little Hanaford. It originally drained into the Skookumchuck River. Over the years, it was dredged, straightened, ditched and moved and now drains into the Chehalis River. After these changes, town people called it “China Ditch” and for many years, residents dumped their trash, sewage and even motor oil into China Creek.

In 2008, Kim Ashmore, formerly the City of Centralia’s Stormwater Manager – and currently the City’s Public Works Director – was tasked to help restore salmon runs in China Creek. In the first year of Stream Team, community volunteers removed more than 6,080 lbs. of trash from China Creek. Signs were placed along the creek and flyers sent to creekside residents were reminded not to dump garbage in the creek. Local citizens enjoyed China Creek educational programs at schools and special events, and hundreds of trees were planted to keep the creek water cool for salmon and to shade out reed canary grass and other invasive plants.

Once again, China Creek was considered a creek — and not a ditch.

In early 2010, another creek restoration project began. Centralia College wanted to maximize the use of China Creek as a natural park-like setting and to honor the legacy of longtime natural resource college professor Rufus Kiser — KNOLL (Kiser Natural Outdoor Learning Lab) was created. On the section of China Creek running through the college, meanders, bends, pools, and riffles were created, and streambed gravel was placed. Native trees and shrubs were planted to shade and cover the creek. Following this restoration, in 2012, Coho salmon were spotted again in the creek by Centralia College biology professor, Steve Norton.

Through the years, however, the China Creek basin experienced increasingly frequent and significant water runoff, flooding downtown homes and business, and saw a decline in native fish species. A study was conducted to find ways to store rain and runoff and reduce the flooding of China Creek.

In 2013, 25 acres of land near Agnew Mill Ponds was anonymously donated to the city. This land became instrumental for the flood protection project developed by the City of Centralia recommended by the China Creek plan. The Chehalis Tribe was an original partner in developing this project concept.

Phase I of the project was completed in 2018 with Phase II planned to begin in 2020.

“This project on China Creek could help salmon, as water will be held back and slowly released during drier months,” said Ashmore. This project will also help to filter urban stormwater runoff. “It should be everybody’s responsibility to make sure that we are taking care of the creek, and river and ocean,” also noted Ashmore.

Given the resiliency of salmon, helped out by inspiring people and projects, salmon runs can continue in the China Creek and Chehalis Basins – as they have for thousands of years. Downtown homes and businesses will also be better protected in the future through this habitat restoration.

If you are interested in restoring salmon habitat in a creek near you, please visit www.chehalisleadentity.org or contact the Chehalis Basin Lead Entity’s Coordinator, kharma@chehalistribe.org for more information. 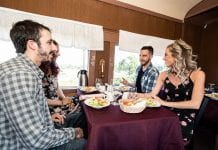 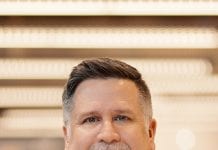 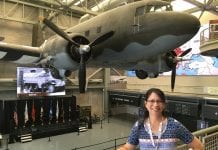