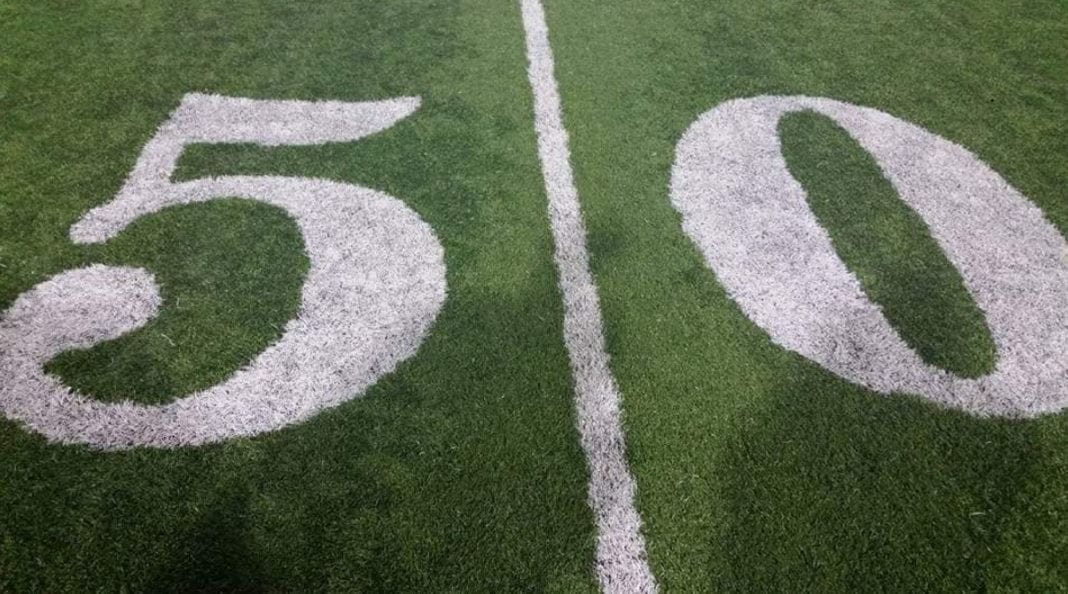 There’s still four weeks of high school postseason football to be played, but if things pan out the way the WIAA playoff seeding committee expects them to, the biggest football game in the rivalry of Onalaska and Napavine will take place.

The undefeated Loggers, champions of the 2B Central League, enters the Class 2B state playoffs as the No. 1 seed, while the Tigers, whose only loss this season was to Onalaska, was ranked second.

Both teams host first-round games with Onalaska (9-0) playing No. 16 Brewster and Napavine squaring off against No. 15 Mabton.

Kalama was ranked third, while Adna and Toledo were seeded fifth and 10th, respectively.

The Loggers are looking for the program’s second state title and first since 1986. Onalaska advanced to the quarterfinals for the first time in 16 years last season before losing to Adna, 34-12.

If any team is going to upset the Loggers this season they will have to figure out a way to slow down Onalaska’s powerful ground game.

Ashton Haight has been an absolute workhorse for the Loggers during his junior year, averaging nearly 24 carries a contest. The 6-foot, 200-pound bruiser has rushed for 1,744 yards and 22 touchdowns this season with most of his damage coming during Onalaksa’s biggest games.

Haight ran all over Wahkiakum during the Loggers’ 50-0 dismantling of the Mules in the district playoffs, scoring on runs of 70 and 91 yards. He finished with 269 yards on 18 carries, which is one of his lighter workloads in 2019.

Behind an experienced and big offensive line featuring Alex Frazier, B.J. Cleveland-Barrera, Spencer Hamilton, Joaquin Patraca, Aidan Readman and Kayden Allison, Haight has done much of the heavy lifting for the Loggers on offense when they play against ranked opponents. He carried the ball 53 times for 278 yards and 3 scores in Onalaska’s 22-14 victory over Adna and gained 155 yards and 2 TDs on 31 touches in a 36-13 win over then No. 1 ranked Napavine.

His best performance this season came in a 54-22 thumping of fellow state participant Rainier when he rushed for 349 yards and 5 touchdowns on 35 carries.

Up first for the Loggers in the state playoffs will be Brewster, a 3-7 squad out of the 2B Central Washington League which snapped a three-game winning streak in the district playoffs with a 60-46 upset of White Swan.

A victory over Brewster and Onalaska will play the winner of the first-round matchup between Asotin (8-1) and Tri-Cities Prep (9-1).

A potential rematch with rival Adna looms in the state semifinals. The No. 5 seeded Pirates host No. 12 Davenport (6-4) in the opening round. A win there sends Adna into a quarterfinal contest against either No. 4 Chewelah (6-4) or No. 13 Tonasket (7-2).

Adna (7-3) is making its third straight state appearance. The Pirates, which lost to Napavine 34-13 in the semifinals last season, defeated Ocosta, 54-7 in the district round.

Napavine (9-1) begins its quest towards the program’s fourth state championship against a 4-6 Mabton team which finished sixth in the 2B Eastern Washington Athletic Conference. Mabton advanced to the state tournament following a 21-20 upset of EWAC champion Columbia.

The Tigers secured their 12th consecutive state playoff berth with a 48-13 district postseason win over Winlock. Gavin Parker and Tanner Low combined for more than 300 rushing yards and four TDs in the victory. Napavine also got two touchdowns on the ground from sophomore Lucas Dahl, who also was on the receiving end of a 75-yard TD pass from quarterback Laythan Demarest.

The Tigers, who are 10-1 in their last 11 first-round games at the state tournament, has been one of the most consistent postseason teams the last half-decade as head coach Josh Fay led his team to five consecutive state semifinal appearances. Napavine won the state championship in 2016 and finished second three other times, including last year when the Tigers lost 34-25 to Kalama in the title game.

A win by Napavine will send the Tigers into the quarterfinals where they will play the winner of Toledo (7-3) and No. 7 Colfax (7-2).

The 2B state football championship game will be on December 7 at Harry E. Lang Stadium in Lakewood. 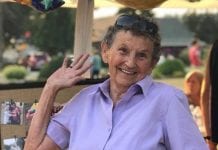 The Legacy of a Small-Town Woman with a Big Heart in Pe Ell: A Tribute to Bonnie Montgomery 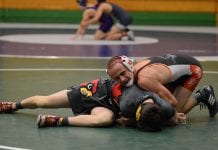 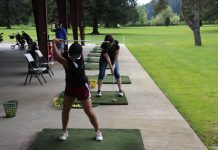 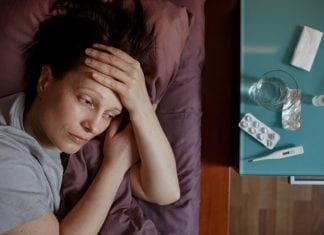