Submitted by: Washington Invasive Species Council and Washington Department of Fish and Wildlife

State, federal, and tribal governments will come together on October 23 at Lake Roosevelt National Recreation Area for the first on-the-ground exercise in the Columbia River basin to prepare for an infestation of quagga and zebra mussels.

Invasive quagga and zebra mussels are small, nonnative, freshwater mollusks that have caused significant environmental and economic harm in the United States. These mussels first arrived in the Great Lakes in the 1980s by way of ships’ ballast water from the Caspian and Black Seas. Now, recreational boats are the primary cause of mussel spread in the United States.

“Zebra and quagga mussels have not been found in Washington waters, but they have been found on boats transported across state lines. In the past 2 years alone, we have intercepted more than 50 boats with mussels attached,” said Allen Pleus, aquatic invasive species manager at the Washington Department of Fish and Wildlife (WDFW). “We see this exercise as a critical, proactive step to safeguard our state’s ecosystems and economic interests.”

Quagga and zebra mussels can clog pipes and mechanical systems of industrial plants, utilities, locks and dams. If invasive mussels take hold in Washington, officials estimate it would cost more than $100 million each year to keep Washington’s power and water infrastructure running, in addition to causing ecological damage.

In the practice exercise scheduled for Oct. 23, the National Park Service, Spokane Tribe of Indians and WDFW will lead an emergency effort to respond to a practice scenario where quagga and zebra mussels are verified at the Kettle Falls Marina in Lake Roosevelt.

“The Columbia River is the last great river in the continental United States that doesn’t have quagga and zebra mussels in it. It only takes one boat to change that,” said Justin Bush, executive coordinator of the Washington Invasive Species Council, which is facilitating the exercise. “These mussels would have devastating impacts on virtually every aspect of life in Washington, from raising the cost of electricity, drinking water and food, to threatening endangered salmon in the Columbia River and our vibrant outdoor recreation economy.”

“Quagga and Zebra mussels represent an extreme impact to fishery and natural resources, public recreation, management of water resources and the economy wherever they are introduced,” said Dan Foster, superintendent of Lake Roosevelt National Recreation Area. “Everyone should be engaged in this fight. Participation in exercises such as this unify us in our efforts to protect and manage these resources.”

The exercise will include deploying and testing a containment system, boat inspections at Kettle Falls marina, a boat decontamination station and in-water monitoring by skilled divers and scientists.

This effort is supported by funding from the U.S. Bureau of Reclamation through the U.S. Department of Interior’s Safeguarding the West Initiative, which aims to strengthen federal, tribal and state coordination to protect the West from economic and ecological threats posed by invasive mussels.

Other agencies involved in the practice response effort include the U.S. Bureau of Reclamation, U.S. Army Corps of Engineers, U.S. Coast Guard Auxiliary and another state environmental and natural resource agencies through the Washington Invasive Species Council.

How Boaters Can Help

Clean: When leaving the water, clean all equipment that touched the water by removing all visible plants, algae, animals and mud. This includes watercraft hulls, trailers, shoes, waders, life vests, engines and other gear.

Drain: Drain any accumulated water from watercraft or gear, including live and transom wells, before leaving the water access area.

Dry: If transporting watercraft from outside Washington State, clean and dry everything. Once home, let all gear dry fully before using it in a different water body.

“Although we’re just practicing, this effort highlights how important it is to make sure we’re all taking extra steps to keep these mussels out of Washington waters,” Pleus said. “By taking the time to clean, drain and dry your boat and equipment, you’re potentially saving the State hundreds of millions of dollars and helping to combat one of the state’s biggest environmental and economic threats.”

Avoid Fines: The penalty for transporting aquatic invasive species in Washington State can range from a $500 fine to a class C felony. Boat owners should call the Aquatic Invasive Species hotline at 1-888-WDFW-AIS (1-888-933-9247) before their trips for guidance on if they need free decontaminations for their boats or trailers.

WDFW also reminds operators of watercraft not registered in Washington State, seaplanes, and commercial transporters of specified vessel types, that they must buy an aquatic invasive species prevention permit. These permits are valid for 1 year and may be purchased for $24 online or from any of WDFW’s authorized license dealers.

WDFW is the state agency tasked with preserving, protecting and perpetuating fish, wildlife and ecosystems while providing sustainable fishing and hunting opportunities.

Established by the Legislature in 2006, the Invasive Species Council is tasked with providing policy-level direction, planning, and coordination for combating harmful invasive species and preventing the introduction of others that may be harmful. Learn more at invasivespecies.wa.gov.

People with disabilities who need to receive this information in an alternative format or who need reasonable accommodations to participate in WDFW-sponsored public meetings or other activities may contact Dolores Noyes by telephone (360-902-2349), TTY (360-902-2207), or e-mail (dolores.noyes@dfw.wa.gov). For more information, see https://wdfw.wa.gov/accessibility/reasonable_request.html. 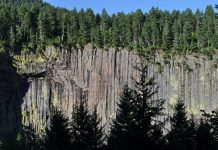 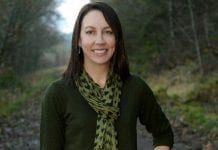 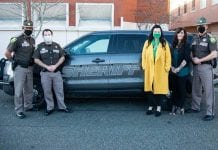