The first year that Louie Guyette got involved with Chehalis Junior Cats, several students on his team were struggling with their grades. As their coach, he wanted them to help them improve, not just as football players but in every aspect of their lives. So he began holding weekly check-ins to monitor their progress. “The parents loved it because it wasn’t just them preaching about the importance of grades,” says Guyette. “Now they had a third party backing them up.”

Guyette is now the president of the non-profit organization, which provides opportunities for students in grades K-8 to participate in football and cheerleading. From kindergarten through first grade, they play flag football; older students compete in tackle football, with all grades supported by cheerleaders. When they move into the upper grades, many continue to participate at the high school level.

Two governing principles are woven through every aspect of the organization: teaching kids life skills that will support them in whatever path they pursue and providing access to as many students as possible. “I always tell the team at the beginning of the season, ‘We’re going to learn a little bit about football and a whole lot about being respectful and becoming a young adult that’s ready to go to the next step,” says Guyette. “We give them responsibilities and titles as part of the football and cheer programs to help them be good citizens of their communities.” Repeated studies have shown that participating in youth sports and extracurricular activities has a positive impact on attendance, behavior and graduation rates.

Junior Cats was founded in 2009 and competes in the Thurston County Youth Football League, hosting games at W.F. West High School. Older students who have been through the program mentor younger ones and school spirit is built in, says Player Agent and parent Andrea Smeall. “We always encourage kids to wear their uniforms to high school games, and our cheerleaders get to cheer with the high school cheerleaders,” she explains. “As they grow up, they want to become players.”

Once they join the program, students are part of a network that is highly focused on helping them be successful. “If they mess up in school, we hear about it as fast as their parents – sometimes faster,” says Guyette. “We have about four kids whose mothers are recess monitors. We don’t punish kids, but we’ll get them all together and make it into a topic that fits everyone.”

Junior Cats are also expected to support each other on and off the field, which sometimes may look like correcting behavior. “We don’t allow kids that bully other kids,” Guyette explains. “If they see a Junior Cat kid who’s getting picked on, we expect other students to go over and say, ‘We’re not going to be a part of this.’ Those are the kind of things we’re teaching throughout the Junior Cat year.” He’s seen huge impacts on kids who may be struggling in other parts of their lives with difficult home situations or working through being separated from their families in foster care.

From the beginning, community support has been strong and in recent years it’s grown to the point where the organization can offer scholarships and steeply discounted fees for participating families. “We encourage any kids who are wanting to play football and cheer to sign up,” says Smeall. “If someone approaches us and says, ‘My son really wants to play or my daughter really wants to cheer but we can’t afford it,’ we say, ‘Here’s a scholarship. You can play on us this year.’”

At the Junior Cats annual auction, local businesses provide live and silent items and also support through direct donations. “A big portion of the cost has come down because the fundraiser works so well,” says Guyette. “When I took the franchise head coach spot, one of my personal goals was to make participating as inexpensive as possible.”

Part of the incentive was personal. He remembers a boy who came to practice with one of his players, just to observe. When Guyette asked him why he wasn’t playing, the response was, “My mom and dad can’t afford it.” Guyette gave the boy his phone number and told him, “Have your parents call me. If you want to play football, we can help you out with that.”

But the call never came, and that bothered him, although he understood it. “I didn’t have a lot of money growing up but I don’t remember that ever making it so I couldn’t play football,” he explains. “I know that a proud parent is never going to make that phone call. The only way to take it out of their hands is to make it as affordable as possible.”

Now the Junior Cats have a new tool for getting the word out: a custom website built by Olympia-based  Website Sandwich that provides key information and answers questions. “It’s a huge communication barrier that we broke through to get the word out to the public,” says Smeall.

Guyette agrees. “It’s a great-looking website and it’s a real focal point that we can send our families to where they can dig in, get all the answers they need and make a decision about whether or not they want their kids to participate.”

Football season won’t start until the fall, but for Junior Cats supporters, it’s already game time. “We’ve tripled the amount of flag kids that we had last year and for tackle, we already have as many as we had all year but we still have two full months of sign-up left,” says Guyette. “Our numbers are growing.” 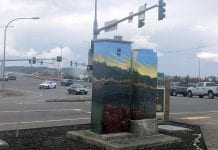 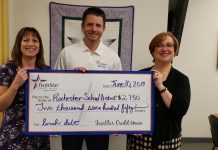 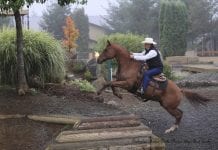