The house is filled with the scent of simmering stew and browning rolls. A tall man cloaked in an apron hovers over the stove, preparing a meal for his grandson due home soon from school.

It may come as a shock to learn that the man in the kitchen is Dr. Isaac Pope, a leading pediatrician in Lewis County for twenty years. “I love to cook,” Pope says.

Now nearing his 80th birthday, he confesses to enjoying bowling, swimming, slot machines and a Dairy Dan hamburger with everything on it.

Other things about Pope’s life may surprise those who think they know this very public man as well. He makes no secret about growing up in rural Tennessee where segregation was a way of life. The system angered him so much that he quit 10th grade and enlisted in the Air Force.

They sent him to Korea where he almost immediately he got into trouble. “I went AWOL,” Pope says.

He was picked up and taken back to the base where the first sergeant told him, “Pope, you’re a nice person. I don’t know what got into you.”

The sergeant ordered him to get his bags and get back in 15 minutes. Pope was put on an airplane, given an envelope and told not to open it until he was in flight. When he opened the envelope, he learned he was reassigned to Japan.

“That man was very kind to me,” Pope says. “The whole time I was in Japan, I stayed out of trouble. I soldiered up, I did my job, I played sports. That’s how I got my scholarship to college.”

His next assignment was in Denver, where he met Mary Kirk Wilson, his “second mother.” She urged him to go back to high school, but he refused. She persisted and Pope enrolled in the Griffith Opportunity School in downtown Denver.

After finishing high school and graduating from community college, everyone asked him what he was going to do next. He said, “I don’t know.” But later he thought, “God, I want to go to a religious school and I want to be in school by September.”

Two weeks before school started that fall, Coach Hank Anderson called and asked Pope if he would like to play basketball for Gonzaga.

“How do you know me?” Pope asked. His mother had shown newspaper clippings of him to a girl from his hometown, and she had shared them with her husband, a member of the team. Coach Anderson thought Pope would be a good fit for his team.

Pope fractured his leg during his first year at Gonzaga, but they still let him keep his scholarship.

Once he graduated from college, Pope taught in the Peace Corp in West Africa for two years. This is where he met his future wife, Jo. When they returned to the states, they taught in Philadelphia for a year and got married — now 51 years in duration.

After that year, Pope had enough of teaching and quit. “What are you going to do now?” Jo asked him.

They took a vacation drive from Niagara Falls to Vancouver BC and, along the way, they discovered a box of mail they hadn’t read yet. In it was a letter from University of Washington recruiting Peace Corps volunteers for graduate school courses in public administration.

Pope had set three goals in his life: be a pediatrician, be a teacher and be a public administrator. He told his wife, “Now I know what I want to do.”

By the next Friday, he was in the UW administration office filling out an application form. Dr. Dick Page invited him into his office and said, “Mr. Pope, what can I do for you?”

“It’s not what you can do for me,” Dr. Pope said. “It’s what I can do for you. Look what I can bring to your graduate school. I’ve got almost four years in the Air Force, I’ve got two years of Peace Corps and three years of teaching. I’ve got an associate degree and a bachelor degree in science from Gonzaga University. On top of that, I’ve got such good life experiences, I can help you with these young students.”

Dr. Page stared at him as if he couldn’t believe what he had just heard. “I know I belong here,” Pope said. He gave Dr. Page some phone numbers where he could be reached once they decided to admit him. About a week later, the phone call came announcing his admission to the graduate school of public administration.

Between terms, Pope worked for the Peace Corps in South Carolina. When he came back to school, his work experience counted as his thesis paper.

After graduate school, the state department hired Pope for a job on the island of Panga Panga. As he packed to leave, a friend urged him to apply for medical school. Pope picked up an application and, as he turned it in, the secretary told him Dr. Schwartz in admissions wanted to talk to him.

“Did you graduate from Gonzaga?” Dr. Schwartz asked him.

“Did they call you Zeke?”

Pope said, “That was my nickname.”

“Well, Father O’Leary said if you ever applied here, we should admit you.”

Father Tim, as he was called, had been Pope’s mentor.

“I’ll let you know in two weeks if you are admitted,” Mr. Schwartz said.

“I’m not going to wait around here,” Pope said. ”I’ve got a job with the State Department.”

A date was set up for an interview by a group of five men. When they were through, they asked Pope if he had anything to add. He said, “I’m going to wait outside the door for five minutes. If that door doesn’t open in five minutes, I’m going to walk away and assume I didn’t get accepted.”

That was in 1968. Dr. Pope came to Chehalis as a pediatrician in Chehalis in 1979. He knew Chehalis was where he was supposed to live. “I just love this place,” he says. “I threw myself into this community. I’m a firm believer that if you’re going to live someplace, you have to participate in the community.”

Dr. Pope has thrown himself into the Chehalis Children’s Clinic, Penny Playground, the Chehalis Foundation and city government. He has been a Chehalis City Councilman since 1983. He also founded Pope’s Kids Place because he saw a need for respite care in the community. He didn’t want it named after himself, but he was outvoted. He’s still an active participant in this important work.

Now that he’s “retired,” Dr. Pope stays active by serving as a pediatrician at the Lewis County Juvenile Detention Facility twice a week and at Pope’s Kids Place once a week.

Dr. Pope sums up his philosophy very simply. “I believe very strongly that there is a Supreme Being that governs our work in this life. When I’m done with what I’m supposed to do on this earth, then I’ll die. There’s no way out of it.” 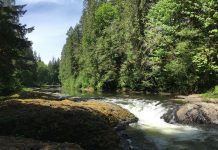 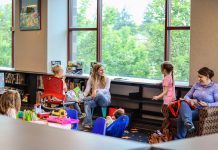 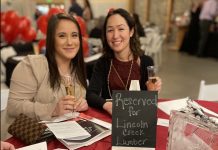