As you enter the Aloha Driving Schools office, you are greeted with bright Hawaiian colors, a giant picture of a massive wave, and surfboard decorations everywhere. A book called “Our Maui: Photographs from a Day in Maui County by its Seventh Graders” sits on the table, worn with pages torn out, evidence of being well-read. Yes, you are still in Centralia, so you might wonder why the Hawaiian décor is here.

Jay Cowin, owner of Aloha Driving Schools, used to live in Maui, it’s as simple as that. But your first question might be, why on Earth would anyone willingly choose to get in a car day after day with inexperienced drivers?

Cowin had earned his teaching credential and decided to add a minor in Traffic Safety to make himself more employable. “It was a good choice,” he smiles. “It helped a lot on job applications because they are always looking for Driver’s Ed teachers.”

Cowin’s first teaching job was in the town of Hana, Maui, Hawaii. He still remembers how he showed up the first day on the job wearing a three-piece suit. “Everyone else was wearing shorts and flip flops. I went home and took off my suit, mailed it back to the mainland, and never wore it again,” Cowin says.

If you’ve ever been on the infamous 52 mile long Road to Hana with its 617 curves and 56 bridges, you can picture what it might be like teaching teenagers to drive on the road. But it wasn’t too bad, according to Cowin. As a Driver’s Ed teacher, “You’re pretty alert, let’s put it that way. They may think they’re doing all the driving but I’m always looking. You can never relax.” Yet he maintains that he doesn’t find it stressful.

Cowin and his wife spent seven years in Hawaii, coming back in summers, before moving back to Washington to be around family when they started their own family. Cowin began teaching classes in Rochester and taught there for about 17 years. He had thought about starting a driving school ever since moving back but there were already two schools in the area. After one school moved, Cowin decided now was the time.

Cowin opened Aloha Driving Schools two and a half years ago. Now he has a 1-2 month waiting list. He has staff helping him, and is always looking for more instructors. “You have to be a special kind of person to be a Driver’s Ed teacher. You really have to like kids, be very patient – and not be afraid of much,” he laughs. New instructors receive 100 hours of training before they can begin working with the students.

When asked about his scariest moments, Cowin looked thoughtful for a moment, then quietly said, “Hmm, let me think. There have been so many of them.” Yet the thought doesn’t appear to rattle him at all. He goes on to say that people who have been driving awhile can be scary because they get comfortable, not watching carefully enough. Cowin says he is, “always ready for the unexpected. We can grab the steering wheel very quickly if we need to.” Another thing he has to keep in mind is that, “students pretty much do anything you say. I told one student to turn at the bush, and he turned into the bush. You have to be very clear about what you want them to do.”

While it may seem like teaching driving on the crazy Road to Hana would be more difficult, Cowin says that it’s actually harder in Centralia. There is much more traffic, one-way roads, and the interstate with big trucks.

His biggest surprise is always how fast the students can learn (with parental help). “In six hours they can go from not being able to stay in their lane to driving on the freeway in the rain with trucks passing. They start out with such a fear then find out it’s not as hard as they thought. ” While that would stress out most of us, that’s one of parts that Cowin finds fun. “It’s challenging to live on the edge,” he smiles.

It’s important to Cowin that students enjoy their time in class because they will learn quicker. He easily works with all abilities, including reading the test in Spanish, if necessary. He finds all the students really want to learn, some just need a little extra time.

Cowin enjoys seeing former students, both here and when he visits Hawaii. “It’s fun to see what they’re doing and what kind of car they are driving. I love my students. I care about every one,” says Cowin. His commitment is evident in Aloha Driving Schools’ Mission Statement – “To produce a safe and responsible driver who is capable of driving collision-free for a lifetime!” 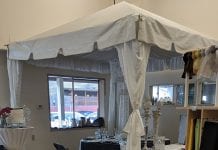 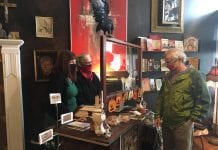 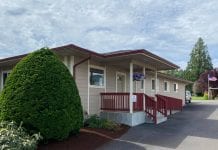