Wondering what to do the weekend of Saturday, April 30 to Sunday, May 1? Wonder no more! LUNAFEST, the independent film festival which features films by and about women, is returning to Lewis County with eight new films for virtual viewing. This is the sixth year that Lewis County AAUW has presented this unique opportunity to experience thought-provoking and original short films to local viewers.

Lewis County AAUW initially sponsored LUNAFEST in 2017 when the first festival was held at the Fox Theatre in Centralia’s downtown. In the next two years, it was presented at the Chehalis Theater and at Centralia College. In the last two years, the festival has been forced to go online because of Covid restrictions. All proceeds support Hope Alliance and scholarships for Lewis County women.

This year’s eight short films may be watched online in the privacy of your home for only $10. It’s easy to purchase your ticket online. Your virtual ticket will allow you access to the films at any time during the 48 hours starting at 8 a.m. on Saturday, April 30 through Sunday, May 1. The total time for all the films is eighty minutes. You may watch the films at your leisure more than once during the time span.

Wait! There’s more!  You can gift your relatives and friends with tickets, too! On the website, there is a place where you can give a ticket to someone as a gift. All you need is their email address and name. For just $10 you and your gift recipient can watch the same films and discuss them afterward.

Showcasing diverse stories and highlighting the connections we all share, this year’s film offerings hit close to home. One film (“How To Be At Home”) deals with loneliness in the post-pandemic world. Another showcases a young African-American woman who realizes her dream to be a cartoonist for the “New Yorker” magazine. “When to Clean a Stranger’s Home” focuses on a young woman and her mom who learn about themselves and the people for whom they clean houses. All of this year’s LUNAFEST films celebrate the uniqueness and diversity of their subjects through the intriguing storytelling of each of the women directors.

LUNAFEST film festival premiered in 2001 as the brainchild of the two women CEOs of Clifbar and Luna Bar. Initially, the proceeds from showing the short films were donated to Breast Cancer Research. However, in 2020, Chicken & Egg Productions became the beneficiary. This organization supports women in filmmaking around the world. Thus far, LUNAFEST has raised over $6.5 million to support local women’s causes. This unique platform is showcased at over 100 events each season creating impact through money raised and awareness built toward some of the most pressing issues of our time.

Tickets are going fast to this year’s LUNAFEST! Purchase yours before April 30! Don’t forget to buy some extra for friends. You can enjoy the films in your home at your leisure AND, at the same time, contribute to a worthy local cause! 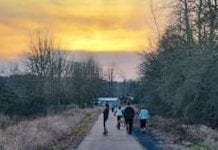 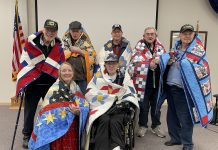