Home LocalTalk Major Repair Work Needed on SR 506 Over I-5 Near Toledo Could...

Travelers who use State Route 506 near Toledo in Lewis County will need to plan to detour around the full closure of the overpass for the foreseeable future following extensive damage to the bridge.

On Tuesday, July 6, the overpass was struck by a truck with an overheight load traveling on southbound Interstate 5. Following the collision, Washington State Department of Transportation bridge inspectors closed the SR 506 overpass for the safety of the traveling public. That closure remains in effect until funding can be secured and the damaged girders can be replaced – which could take more than a year.

The clearance of the overpass is 14 feet, 9 inches high and is marked. Over the last five years, the bridge has been struck three times by overheight loads. Under state law, vehicle operators are responsible for knowing their vehicle height as well as bridge heights along their route, and to plan appropriate detours if needed.

“Due to the extent of the structural damage, it was determined that the entire overpass would be closed,” said WSDOT Project Engineer Colin Newell. “We know the extended closure of the overpass is an inconvenience for nearby communities, but there’s no quick fix for replacing three of the seven girders. Bridge repairs are extremely complicated because each damaged component is unique.”

Once funding has been identified, WSDOT will solicit contractors for the project, who will work to reopen the bridge to local and freight traffic.

Final repair costs are still being determined, but the amount is expected to be between $1 to $1.5 million.

WSDOT and law enforcement are working to identify the vehicle that struck the bridge and will seek reimbursement for damages and repair costs if appropriate.

What to expect during the closure 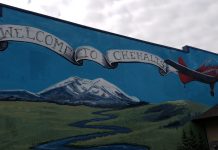 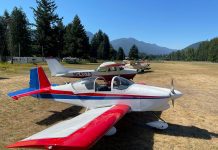 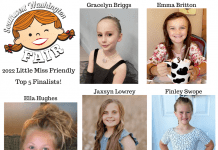