Here’s a little known statistic: the odds of survival after losing a leg to diabetic infection are lower than chances of surviving cancer. That’s why it’s so important to befriend patients and inspire them to take care of themselves, says Dr. Terrence Hess. “We need to get in their heads and make them part of the team. Otherwise, they’re an opponent to the healing process.”

Working with patients to make them an educated partner in the healing process is important, says Hess, regardless of whether they’re coping with diabetic infections or more common complaints like foot pain, ingrown toenails, heel pain, or deformities. At Foot & Ankle Surgical Associates podiatric offices, Hess and his team face a variety of issues on a regular basis.

“Marathon people are fun,” he says. “They’re often overachievers who can’t sit still. They have to maintain aerobic activity while we’re making them better and it presents a whole new challenge.”

Hess oversees a growing number of offices, now up to four based in Centralia, Tacoma, Tumwater, and Yelm, with a goal of adding more in the next several years. The practices offer a wide range of patient services, including surgery, diagnostics, physical therapy, orthotics, MLS laser therapy, and fungal laser.

The Tacoma office is the latest addition, but Hess has ambitious goals for adding more in the next several years. “Our mission now is to grow other practices and get the enthusiasm back into this specialty,” he says. The process of adopting a business is a team effort; Hess and his staff work diligently to ensure administrative and compliance tasks of running a business are maintained, allowing a doctor to be a doctor. “We’re evolving our training so that it is constantly better,” says Hess.”

One challenge is trying to keep up to date with ever-evolving technology, he says. “It’s exciting and fun, and it’s always moving.” The team creates video trainings for the staff at new locations to help them stay current and establish consistency. The training focuses on creating efficient systems in keeping with cutting edge practices.

After initially choosing a career as a pharmacist, Dr. Hess switched to podiatry after interviewing ‘every doctor under the sun’ to discover the best way to help people. “Everyone can have foot and ankle problems,” he says. “The remedies can be instantaneous. We can get people back quickly to walking and active lifestyles. Podiatrists have by far the best jobs in the medical profession.”

While speedy recovery is ideal, sometimes it’s not possible. “Our whole goal is to get people back to what they want to be doing,” says Hess, “but some things take one day and some things take six months.” In the South Sound, some of the most severe cases he treats tend to be people with diabetic infections who’ve been told their leg will need to be amputated. His team works with patients to prevent the necessity of such a drastic solution.

Within the next several years, Dr. Hess hopes to bring in many new practices. “The sky is the limit,” he says. “We’ve enlisted the help of a consultant to establish a better quality of care. We’ll share what we’re doing and learn from what they’re doing and we’ll keep making it better.

In addition to his regular practice, Dr. Hess also conducts mission trips to Central America, where he often finds an entirely different set of challenges. “We’ll see conditions that should have been treated years earlier if not at birth,” he says. “Things have usually gotten far worse than they should have been through neglect. We have the opportunity to completely change them.”

The journeys south have given him perspective. “I kind of stumbled into doing mission trips through my colleague Dr. Hull,” he says. “Initially I thought I was doing it for him but I realized I’m doing it for the people we’re able to treat and for myself.”

That emphasis on connecting with patients and colleagues is evident in all of his practices. “The thing I found out early on is it’s not about me – it’s about us, the staff and the patients. Our team approach has evolved a lot,” he says. “Our office is a pretty cool place that feels like family.” 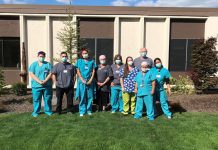 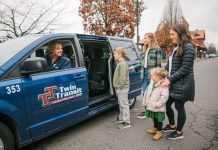 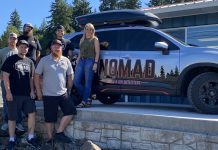