Dixie Rogerson-Bill knew since she was a little girl that she wanted to be an artist. “It was a deep, deep feeling,” she reminisces. “And the smell of the paint…”

Born in Centralia, Dixie and her sister were moved to San Diego when they were one and two years old, by their mother, who had married a sailor. There, they visited an artist and that’s one of Rogerson-Bill’s first memories of what would become her life. The artist was painting on a board, and Rogerson-Bill saw the paints out on the pad and recalls the scents and feelings that has stayed with her these many years later.

Rogerson-Bill’s mother moved the girls back to Centralia when they were 14 and 15 years old. Rogerson-Bill remembers her Centralia High School art teacher, Hal Chambers. “He was just a wonderful teacher,” she recalls. She took art class twice from him, once as a junior, then again as a senior. “I just wanted to stay there, that’s all I wanted to do,” she says.

Rogerson-Bill settled into a comfortable hilltop home outside of Centralia with her first husband, Jim, who was a carpenter. When her four children were small, she had a card table in the front room where she worked. When she wasn’t working on it, she covered it with a table cloth, and the children knew not to touch it.

She recalls that every day the children would go off to school, and her husband to work. “I didn’t do housework,” she laughs. “I painted sometimes eight solid hours. Then when everyone came home around 4:00, I started dinner.” Jim then built a studio for her to work in. “It has lovely windows to the south and the lighting is so wonderful,” she gushes. “I had been painting small works, but with the new studio it allowed me to move to larger canvases and expanded my painting.”

Sadly, Jim died at age 57 from cancer. Rogerson-Bill remained alone for six years. She applied for jobs teaching art on cruise ships. The first job she landed, on Princess Cruise Lines, was teaching on a cruise in the Caribbean. She didn’t particularly like the flight back east, so she next taught on a Mexico cruise, then an Alaska cruise. “That was really nice, all I had to do was drive to Seattle and get on the ship,” she recalls.

After six years of being on her own Dixie Rogerson met Gordon Bill and they married. He was a salesman and they began to travel, selling her work. They even went back east and had some accounts. “There are so many artists there, though, you have to go again and again, otherwise they won’t remember you,” Rogerson-Bill explains. She currently has accounts on the Oregon coast and in California. Right now, she is waiting for a winery that is in the process of using one of her pieces for a label. She has produced seven wine-themed pieces of artwork, and this is the fourth one to be used on a label.

As any mother will do, when asked what she is most proud of, she doesn’t hesitate as she says, “My children. They’re all very successful.” As for her artistry, she says she is proud of, “the fact that I was dedicated and always working.” Rogerson-Bill estimates she has created hundreds and hundreds of originals pieces. Many people don’t know that she also sculpts. “I’ve sculpted for almost as long as I’ve painted,” she explains.

Does Rogerson-Bill think that being a rural artist has been difficult? Not at all. “I’m only ten minutes from the freeway, so when people call and want to come out, they don’t feel that ten minutes is a problem.” Plus she started a website many years ago, helping her to sell her artwork worldwide.

Far from being an obstacle, the rural life was a blessing. “God put me up here because I’m way out in the country. Fifty or sixty years ago no one came up to see me, I knew I’d be alone all day long to paint. I could be on top of the hill. I was placed there to do what I wanted.”

Rogerson-Bill has important advice for young artists – “Paint what excites you!” She has interviewed many young ones and they will paint five or six different paintings, each all so different that they haven’t developed their own style yet. “If you like flowers, keep painting flowers so that each one gets better and better. Like landscapes? Paint landscapes until you are blue in the face. Once you get recognized for your own style it’s better for you.”

She also feels bad for some of the younger artists. “It’s harder when you are trying to paint and have to hold down a job,” she says. “I was lucky, my husband brought home the paycheck and I could just paint.”

Rogerson-Bill welcomes visitors to tour her studio at 367-B Summers Road in Centralia – just be sure to call first at 360-736-5584. You can also visit her website at RogersonLithographs.com. 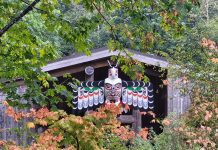 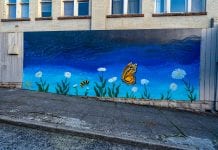 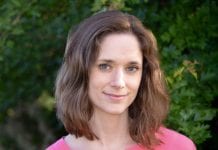