Home LocalTalk Kristina Lotz and Her Horse, Merida, of Chehalis Win Big at the...

“I am still in shock,” says Kristina Lotz about her wins. “It’s my favorite show, and so I was just going to have fun and work on some things that Merida and I have been struggling with in the show ring and at hunter paces, mainly nerves from both of us. I just went in the ring and focused on her, not the judge or the show. I probably talked way too much to her. In my first couple of classes, I was even singing under my breath.”

Obviously, not focusing on the show worked. Of those 13 riding classes, they placed first in 9 of them. They also won their showmanship and in-hand trail classes, giving them a total of 11 firsts in 15 classes. The pair also had two second places and two classes with no placings. “We broke gait in one western class, at the canter,” shares Kristina. “Which I was totally okay with. Merida can get rushy when she gets nervous about horses coming up behind her, or if I start to get nervous, so the fact that she felt relaxed enough to break into a slower gait was great! In the other class, an English one, we were a bit rushed and I could feel it. We went out of the ring. I regrouped myself mentally, and then went back in and won the rest of our classes! It really was incredible.”

From Frozen with Fear to Bravely Determined

Labor Day Weekend is an anniversary for Kristina. One she would probably prefer to forget. “On this weekend in 2007, I got bucked off a horse I was trying that was for sale,” shares Kristina. “We were barrel racing. My pelvis was broken in three places. I had never broken a bone before. I really had never had a bad fall before and so it left me with deep-seated fear. I didn’t get back on a horse for eight years. And even then, the road to conquer that fear was a long one. It took years. Merida really was the turning point. She was the second horse I got after returning to riding but she is my true heart horse. It was she that really got me over my fears and back into the joy of riding. The fear is always there, but I know I can beat it down with her as my partner. I never dreamed I would be doing all the things I am now. It’s all thanks to her.”

Kristina had shown previously, but had never won a high point of any kind until her partnership with Merida. This weekend marked her first all-around high point wins.

Back at the stall, Kristina handed out stickers of her horse, well-known on social media as “Merida The Bitless”. A flyer on her stall explained why she and Merida compete without a bit — Merida likes to play with her tongue and her nose, she just didn’t like a bit in her mouth!

In most disciplines, a bit is required for showing. Kristina is hoping to change that, with Merida’s help. “She is an amazing mare and we do what we can to show the world that a bit is not necessary to show — in any discipline.” Along with western and English pleasure, the pair competes in jumping, mounted archery, hunter paces, mountain trail, and agility.

Merida is currently in the running to be named America’s Favorite Pet! You can help by voting daily here. Daily votes are free! “It would be amazing to have my bitless girl be named America’s Favorite Pet,” says Kristina. “She not only helped me get over a crippling fear, but she is leading the way to help all bitless horses be more accepted in the show ring and out. Not to mention she is just too cute and has a quirky personality that makes everyone fall in love with her.” 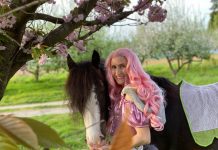 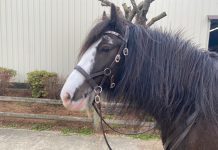 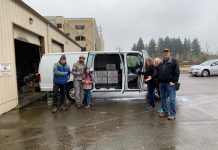 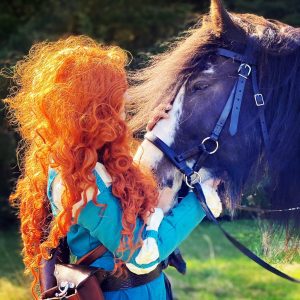 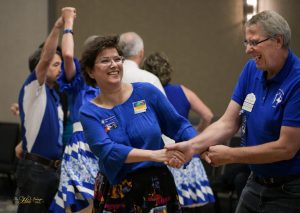