Submitted by The Washington PUD Association

The officers serve on the Association’s Executive Committee and Board of Directors, providing oversight and recommendations in support of WPUDA’s mission. The Washington PUD Association represents 27 not-for-profit, community-owned public utility districts and one-joint operating agency, Energy Northwest. WPUDA member PUDs provide energy, water and wastewater, and wholesale telecommunications services to communities across Washington. The new officers assume an important leadership role in achieving the Association’s mission to “support, protect and enhance members’ ability to conserve power and water resources of the state and to provide not-for-profit, locally-controlled utility services.”

Newly elected WPUDA President, Liz Green has served in leadership positions at the Washington PUD Association for several years.  Green served as the Association’s Secretary and Vice-President before being elected President. Green has served on the Skamania PUD Board of Commissioners since January 2015. She has lived in Skamania County for over 40 years, graduating from Columbia High School in White Salmon. She has a BA from Washington State University in Education. In addition to her leadership roles in WPUDA, Green also represents Skamania PUD in various local, state, and regional associations. She actively volunteers in community activities including the local fire department, school, and church. Liz and her husband Ron have three adult daughters and live in Willard.

“I am pleased to be serving as president of WPUDA this year,” said Liz Green. “It is a privilege to serve in an organization whose mission is to strengthen and preserve the cost-based and locally controlled utility services provided by PUDs in Washington. Entrusted by Skamania ratepayers and fellow commissioners is affirming and is an encouragement to continue working hard to protect the investment of past, current, and future ratepayers. As president of WPUDA, I look forward to promoting the value of PUDs, the importance of the Federal Columbia River Power System, and prudently preparing for a vital and stable future for public utilities in our state and region.”

Vice President Kenneth Collins is continuing his service as an Executive Officer of the Association after completing a year in the role of Secretary. Collins was elected PUD Commissioner in 2014 and, in addition to serving on the Board of Directors for WPUDA, currently serves on the boards of Energy Northwest, the Public Utilities Risk Management Services and NoaNet. He is a past president of the Marrowstone Island Foundation and the Marrowstone Island Community Association. His career as a mental health professional has spanned four and a half decades, including fourteen years as a consultant to Pacific Gas and Electric and twelve years as a manager for Chevron Corporation. He and his wife founded Marrowstone Vineyards in 2012. He earned an MSW from Virginia Commonwealth University and a BA from the University of Pittsburgh.

“I am deeply honored to be chosen as Vice President of the Washington PUD Association,” said Collins. “As I have learned in my first term as PUD Commissioner, the PUD Association performs a critical role in advocating for public power before Washington legislators, expressing the collective voice of PUDs to the general public, and in educating new Commissioners about how to effectively fulfill their roles. I look forward to being able to contribute to the mission of the organization and to continue to learn from my colleagues.”

Chelan County PUD Commissioner Garry Arseneault is the newest member of the Executive Committee, elected to the position of Secretary. Arseneault has served on the Chelan County PUD Board of Commissioners since 2015 and currently serves as the Board’s President. Arseneault’s professional background includes 36 years in investment, banking, and municipal finance; selling his investment firm in 2013. He has been involved in business startups and retains a position as a partner in a software venture. Garry is an active community leader, having served on the Wenatchee Rotary board, the YMCA board and as an NSP Ski Patrol volunteer. He also volunteered on two Rotoplast cleft palate/lip missions in Asia and South America and served as chairman of World Community Service (WCS) to bring clean drinking water to Haiti. In addition, Garry established a Micro-Finance bank in Haiti for women, to help them rise from poverty. Garry is married to Karen; they have two boys (Greg & David) who are married, with four grandchildren and another on the way.

“I decided to serve in WPUDA leadership in order to embrace a role bigger in supporting the work PUDs do for communities throughout Washington,” said Arseneault. “I believe in public service and hopefully will inspire others to achieve great things, to not just preserve but make better the value proposition public utilities deliver to their customer-owners.”

The Washington PUD Association was established in 1936. Its mission is to support, protect and enhance its members’ ability to conserve the power and water resources for the benefit of the people of the State of Washington and provide not-for-profit, locally controlled utility services. Visit www.wpuda.org for more information. 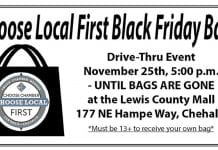 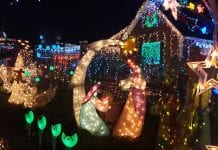 United Way of Lewis County Celebrates Giving Tuesday on December 1 With Matching Donations, Joining Millions Around the World Participating in the Global Generosity... 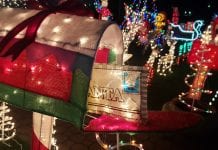 Twin Transit’s Stories from the Road: Case of the Lost Woman