Since Cierra Swenson arrived at Adna High School four years ago she’s always played dual roles on the girls’ soccer team. The first is that of full-time player, something she’s been exceptionally great at as Swenson was an all-state selection at forward last year as a junior after tallying a team-high 26 goals.

The other is more of the non-traditional variety as Swenson is also an unofficial part-time recruiter, championing the Pirates throughout the hallways and encouraging anyone not already associated with a sport to join.

“I’ve always been the one talking to girls telling them soccer is their sport and they need to come out,” Swenson said.

When she was a freshman, Swenson really had to promote the sport to a potential player, convincing them to give it a try. Now, she says little selling is required. The word is out about the Adna program. “They all know about girls’ soccer around here now,” Swenson said. “It’s been amazing.”

It certainly is and you only have to look at this year’s roster to see just how true that is. Adna has nearly 40 players on this year’s team. “We have 37 girls at a 2B school,” head coach Juli Aselton said. “That’s a win in my book.” That number would be impressive for any 4A or 3A program, but for a 2B school with less than 200 in its entire enrollment, it’s astounding.

“This is the first year we’ve ever had a full JV team,” Swenson said. “This team is a family now. It’s not just this small little clique of soccer players. We’re all one big group now and it’s so cool to see where we came from to where we are now. It’s totally changed.”

Registering five consecutive top 4 finishes at the state tournament certainly has that effect on a program. But it’s not just the town of Adna who knows about the Pirates, it’s the entire state soccer community.

When the Pirates made their inaugural state semifinal appearance in 2014 the top question being asked was, “Where’s Adna?”

“Now when we play at the state the tournament officials are always saying, ‘Hey, Adna good to see you again.’ It’s a welcoming feeling,” Juli Aselton said.

The Pirates have enjoyed as strong a run over the last six seasons as any team in the 2B classification. The team placed third at the state tournament in 2018, marking the fourth time over the last five seasons Adna has claimed the third-place trophy.

“Every year is tough,” said Juli Aselton, who was last year’s Washington State Soccer Coaches Association 1B/2B coach of the year. “We get to state and get so close (to winning the state championship) only to come up a little short. But I remind them a lot of schools never make it this far. So, I’m always super proud of these girls.”

This year’s senior class, which is about as talented as any to play for the Pirates, is determined to change the team’s fortunate in the state semifinals, where Adna is 0-5 all-time, including last season’s 1-0 loss to 2B Central League rival Kalama.

“It’s definitely our goal,” said Swenson about the team seeking out the elusive state title. “I hope we can make it happen this year. It would mean so much to have all these new girls be a part of it.”

Leading the offensive charge again this year is Swenson and Payton Aselton, the coach’s daughter and a first-team all-state selection as a midfielder last year after scoring 22 goals and dishing out 16 assists.

A four-year starter, Payton Aselton, who will play next year at Saint Martin’s University, has picked up right where she left off last season. She was the WIAA athlete of the week during week 5 of the fall sports season after scoring the game-winning goal in a 1-0 triumph over Onalaska and chipping in a hat trick during the Pirates’ 6-1 thumping of Napavine.

“This group of seniors came into high school already connected and we just play so well together,” Payton Aselton said. “Every day this team makes me realize why I love soccer so much.”

“The six seniors have meant so much to the program,” Juli Aselton said. “When they were freshmen they stepped in as leaders. They were excited then and they are excited now, and that makes it worth it for me coming out, especially on those rainy cold days.”

After playing a challenging non-league schedule, which included a match against 4A Walla Walla, the Pirates have settled right into their league slate, winning their first six games to set up a showdown at home with undefeated Kalama, last year’s state runner-up, on October 21. 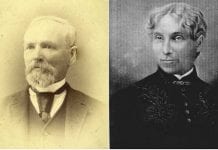 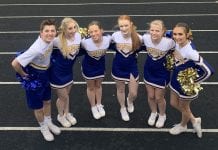