ToledoTel is not your ordinary Internet service provider. First, when you call, you won’t have to listen to a series of voice mail commands directing you to the department of choice. “Voice jail – I hate it. We don’t do that,” said Dale Merten, Chief Operating Officer of ToledoTel. Customers will always talk to a live person at ToledoTel, even on weekends when they are closed.

Started by an entrepreneur, ToledoTel has been a family-owned business for nearly one hundred years. It’s been in Russ Ramsey’s family for almost seventy of those years, providing telephone, cable television and Internet service to those living within its 400-square-mile service area and beyond.

“For many years AT&T was the only phone company, and they catered to big cities,” explained Merten. As a solution to providing phone service to rural areas not reached by major telephone companies, phone cooperatives sprouted in less populated communities.

This is where Merten began his telecommunications career more than forty years ago. He spent his early years working for a telephone cooperative started by farmers in 1910 in St. Paul, Oregon. “I was one of three employees. There was the manager, the secretary/receptionist/billing person, and me. I did everything from babysit the manager’s grandchildren, to washing his truck and installing phone lines,” said Merten.

Thirteen years ago, Merten worked for Western Independent Networks, an Oregon-based company providing fiber optic networks in Oregon, Washington and California. “We provided fiber optic networks for phone companies to connect them to each other and the world. That’s where I met Russ. He asked me if I’d be interested in working for him,” recalled Merten.

Originally, ToledoTel provided dial-up Internet tapping into existing phone service lines. The company transitioned to DSL next. “With DSL there was a limit on broadband. Fiber optic has no limits,” Merten said. ToledoTel made sure every parceled property in Toledo had dedicated fiber facilities. “This gives us a unique opportunity for outstanding customer service,” said Merten. As a result, people can have Internet service the day they move to Toledo.

“We have an awful lot of people wanting to move here and buy homes because they can telecommute,” said Merten. “It’s because of the fiber. Our fiber has gigabyte capacity today- the capacity for more in the future.”

Windermere Agent Paula Burrows agrees. “People that move into the area are really excited about it. It’s exciting for me when I’m showing properties to tell them about the service,” Burrows said.

The service easily competes with the Internet packaging offered by the large national companies. “We provide broadband, high speed Internet and a free Roku box,” Merten said. The cost of this service is $54.95 a month plus installation. Telephone service is an additional $16 and customers provide their own phones. Through point-to-point wireless, ToledoTel is now offering service to the Winlock and Morton communities.

“At one time, we were also the cable TV operation in town. I closed that operation seven years ago. In the cable TV business, there’s no way we can provide what customers want,” said Merten. “It’s all bundled now. The content provider companies put together the packages so customers pay for things they never watch.” His customers get their television viewing by streaming directly on the Internet.

Providing what customers want is important to Merten. ToledoTel doesn’t have a mission statement, but it does possess a code of conduct honored by all who work there. “I expect my employees and myself to treat people the way we want to be treated,” said Merten.

Employees improve upon customer service skills each work day in a short staff meeting. “We’re really good with what we do. How can we be better?” Merten asks his employees in these daily meetings. He takes the good customer service he experiences from others and shares it during these meetings. Recently he shared a positive experience while renewing his driver’s license at the Lacey Department of Licensing.

“I think I’ve done everything you could do in the telecom business. I’ve worked for the large companies; the smaller ones are the best,” said Merten. 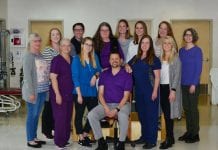 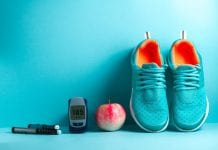