Hardy met Torres in April when she replaced Lisa Cipolla at the library. “I thought she was in high school or close to graduating,” said Hardy of Torres who was in eighth grade at the time. “She seems a lot older than she actually is.”

Hardy believes reading contributes to Torres’s maturity. “Her reading level is definitely beyond her age.”

As a teen liaison, Torres first made sure she read one of Blake’s books. She chose Antigoddess because of her love of Greek mythology.

On the day of the event, Torres helped with the author’s presentation. The process was new to both Torres and the author who usually did book signings solo. “I didn’t do a lot of talking to begin with, then got more comfortable,” recalled Torres, now a freshman at Centralia High School. A lunch at the award-winning Berry Fields Cafe with Blake, another teen liaison, and library staff broke the ice. “I helped with questions, started things up if it got quiet,” Torres added.

This experience led Torres to volunteer for the summer reading program. For two hours a day, twice a week, she operated the summer reading desk. She fielded questions, explained programs and activities, and did craft preparations for the children’s summer program.

Torres, who is called Izzy by her friends, said, “I’ve been reading as long as I can remember.” As a little girl she came to the library regularly with her mother. Then sometime around the age of seven or eight, she stopped coming.

In fifth grade, her older brother, Jairo, gave her the first four Harry Potter books. She decided to tackle the lengthy novels. “I’ll read them just for him because he gave them to me,” said Torres. She found when she finished the fourth book, she wanted the fifth.

By sixth grade, she found her way back to the library. “I find comfort in books,” said Torres. At the library, she asked for help from Cipolla. “Lisa was an amazing librarian. I could talk to her for hours, and my dad would be out there waiting.”

Youth Services Associate, Marla Gisi also came on board. “(Marla) was like the same. We could just talk and talk,” said Torres. Gisi is the one who told Torres about the teen program. “I love coming here and talking to Marla and Alexis,” said Torres.

Hardy accommodates this enthusiasm and meeting the needs and interests of the youth in Centralia by asking teens who come to the library and by getting into area middle and high schools. “I talk directly to the teenagers. I was a teenager not that long ago, and I remember what I was interested in,” said Hardy.

With two much older brothers, Torres has felt like an only child. ”My dad understands me and understands I’m lonely and need to talk to people about books,” she described.

Besides transporting her regularly to the library, her father, Melquiades Torres, also supports her love of reading, by taking her to Olympia to shop. “Dad will take me to Barnes and Noble, too, of which I’m really appreciative. I’ll be in there like two hours.” Torres admitted her parents have concerns about her reading so much fiction. Her father, who is also an avid reader, sticks to non-fiction, historical and faith-based books.

In her defense Izzy said, “Reading is a magical thing. You live the journey in the book.” She subscribes to the philosophy, “If you don’t read, it’s because you haven’t found the right book.” She wholeheartedly believes there’s a book for everyone. If reading is a difficult thing, she suggested, “Find a teacher to help. Find a book that you like. Start easy, at a nice pace, not too big.”

She quoted George R.R. Martin who said, “A reader lives a thousand lives before he dies,” and Torres is well on her way. She said, “Just because it happened in your head, doesn’t mean it’s not real.” 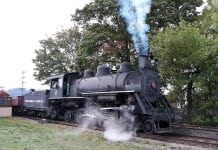 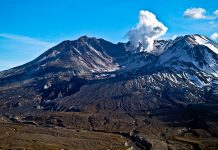 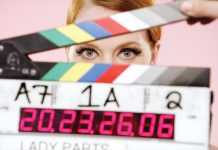